Report: Celtic One Of Several Clubs Lining Up To Sign James McCarthy On Free

Celtic are one of several clubs that are looking to sign Republic of Ireland international James McCarthy on a pre-contract agreement.

The Crystal Palace midfielder's contract expires in the summer, meaning that McCarthy is free to sign a pre-contract with any club before moving in the summer.

McCarthy is one of a number of Crystal Palace players who could see their contract expire this season, with Roy Hodgson admitting that it is a concern. However, according to the MailOnline, the club are looking to lower their age profile.

Celtic have been continually linked with McCarthy throughout his career, with McCarthy admitting that he was a Celtic fan growing up.

The Parkhead outfit are looking to this Summer to galvanise a squad that finds itself 22 points behind Rangers in the SPL, with ten in a row now a distance dream.

McCarthy would be a top class addition to Celtic's engine room, with captain Scott Brown now the wrong side of 35.

However, Celtic aren't the only suitors for McCarthy's signature.

A litany of Premier League and Championship clubs are also keeping tabs on the Ireland international.

Burnley, West Ham, Brighton, West Brom and Championship promotion chasers Bournemouth are all understood to be monitoring developments with Palace still to discuss a new deal.

There is still a chance that McCarthy will remain at Selhurst Park, with Hodgson finding a place for McCarthy in his side over the past number of weeks.

However, McCarthy has only made eight Premier League appearances this season, with injury issues continually stymying McCarthy over the course of his Palace career.

McCarthy signed for Palace in August 2019 from Everton for an undisclosed fee. At the South London club, McCarthy has made 44 appearances in all competitions. 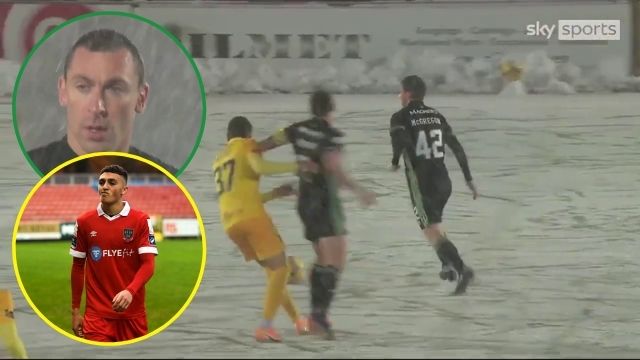