Frank Lampard is reportedly the frontrunner to be the next Everton manager after an eventful few days.

On Wednesday, former Porto boss Vitor Pereira bizarrely went on Sky Sports News for an interview about his interest in taking up the vacant job.

The Portuguese coach left a lot to be desired. There wasn't much ground-covered bar the fact he's waiting to hear back from the Everton board and that people should look at his full CV.

Everton owner Farhad Moshiri is known for his ties to former Sky Sports man Jim White so it wouldn't be out of the realm of possibility as an orchestration of his doing.

Fans have been quite vocal in their plot against the appointment of Pereira, with things reaching a climax as hundreds took to Goodison Park to voice their anger on Wednesday.

It seems like Pereira would be too much of a gamble for most, especially now with the state Everton is in. Some fans have been more on board with other names linked to the job.

One of those is former Chelsea man Frank Lampard. A piece of graffiti, shown during Pereira's Sky Sports interview, showed 'Pereira Out, Lampard In' on the walls of Goodison.

Everton fans protest the board tonight at Goodison Park pic.twitter.com/cB3tvrcI15

🪧 "Pereira out. Lampard in"

Some Everton fans are protesting against the clubs board and showing their feelings about the potential new manager pic.twitter.com/8kawHA21Iv

Now the bookies favourite, Frank Lampard has been without a job since his time in charge of Chelsea came to an end early last year.

While he was praised for his development of some of Chelsea's younger players - he failed to meet the targets set by owner Roman Abramovich and his board.

It came during a difficult time for Chelsea as they underwent a transfer ban for most of his time there. A fourth placed Premier League finish and FA Cup Final appearance wasn't good enough.

Since Lampard's time at Stamford Bridge came to an end, he has been linked with jobs at Norwich City, Aston Villa and most recently with Watford.

But he seems to be the newly emerged frontrunner for the vacant Everton position despite reports suggesting he had been 'ruled out' earlier in the week.

According to the Daily Telegraph, he's been called back for a second interview off the back of Pereira delivering an 'outburst' of sorts on Sky Sports.

Reports suggest Lampard is still under serious consideration and will talk to the Everton board late on Thursday. They are moving swiftly to find a replacement for Rafael Benitez.

Everton are in a dire situation at the moment as they sit 16th in the Premier League table. Four points separate The Toffees and the relegation places.

See Also: Vitor Pereira Conducted One Of The Most Bizarre Interviews We've Heard About The Everton Job 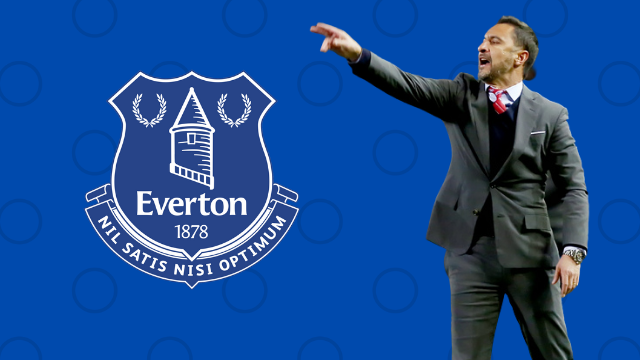