If it wasn't already clear that Liverpool desperately needed to sign a defender this month, further injuries to their centre back options have left them with little choice.

Fabinho missed last night's victory over Tottenham, with Jurgen Klopp already confirming he will miss the game against West Ham this weekend due to an injury. Then you have the injury suffered by Joel Matip in London, with the Cameroon international suffering apparent from ankle ligament ailment.

The Liverpool manager has confirmed they will look to sign a centre back before the end of the transfer window on Monday, although said a deal may be difficult to pull off. He told BT Sport:

If you have a center-half available at a reasonable price, and one with the quality we need, then send me a message.

We thought [about making signings] and we think the whole time but it's about doing the right thing. We need to find the right player. It's incredible what's happening in the defensive line.

One option could be a move for an MLS player.

ESPN are reporting that 'multiple sources' have told them that Liverpool are interested in signing New York Red Bulls defender Aaron Long on loan for the rest of the season.

A USA international, Long has been linked with a move to Europe for quite some time. The 28-year old has won 18 caps for his country since making his debut in 2018.

While making a move to a club the stature of Liverpool would be a shock, it could be a needs must for the Premier League champions. They have been hesitant to commit big money to a signing this month, preferring to wait until the summer when their main targets are more likely to be available.

It will be interesting to see if they can get a deal over the line in the coming days. 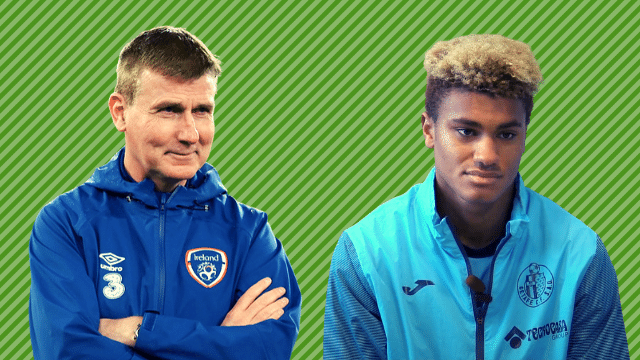 Football
42 minutes ago
By Eoin Harrington
Quiz: Name Every Player To Score In A Champions League Final
Football
5 hours ago
By PJ Browne
St Pat's Teenager Reportedly Set For Serie A Move
Football
7 hours ago
By PJ Browne
Ireland's Lee O'Connor Says It Was An 'Easy Decision' To Leave Celtic
Popular on Balls
GAA
2 days ago
By PJ Browne
Insane Drama As Late TJ Reid Goal Sends Ballyhale Into All-Ireland Final
Rugby
1 day ago
By Colman Stanley
Yesterday Was Not The First Time Wayne Barnes Sent A Player Off For Getting Lippy
Rugby
22 hours ago
By Colman Stanley
Champions Cup Predictions And Permutations For The Irish Provinces
The Rewind
2 days ago
By Jonathan Byrne
The Definitive Ranking: Deli Items Ranked From Best To Worst