Ireland have some very talented young players emerging at the moment, leading to hopes that there could be some brighter days ahead for the team under Stephen Kenny.

A number of players have already been handed senior international debuts over the last 18 months or so, with more youngsters impressing in the various underage teams.

Some of those are now starting to make their way at first team level with their clubs, including Sinclair Armstrong.

Only 18-years old, the forward joined QPR from Shamrock Rovers in 2020. While he has yet to debut for the Championship club, he has impressed on loan a bit further down the football pyramid this season.

Armstrong joined National League side Torquay United back in October, since making eight appearances and scoring two goals. It is not his first taste of men's football, having also lined out for Shamrock Rovers' second team in the League of Ireland First Division before his move across the Irish Sea.

While he still only has a handful of senior appearances to his name at this point, a number of clubs are reportedly already showing an interest in his services.

Goal are reporting that Manchester City are leading the race to sign Sinclair Armstrong from QPR, with Southampton, Brentford, Hoffenheim, and Celtic also said to be monitoring his progress.

The report suggests that City see the forward as a long-term project and would either loan him out for a couple of seasons or send him to one of their affiliate clubs on the continent. It remains to be seen how open QPR would be open to letting him leave.

This disallowed goal he scored not long after his arrival at Torquay is a small glimpse into the ability he possesses.

Sinclair Armstrong did this today but it was offside! pic.twitter.com/LSzSBtTOzI

This would be a huge opportunity for Armstrong, who has been capped by Ireland up to U19 level. He scored two goals in a 3-2 victory over Montenegro on his debut for the side last November.

It will certainly be interesting to see how this develops in the months ahead.

SEE ALSO: Jason Knight And Leeds United Would Be A Match Made In Heaven 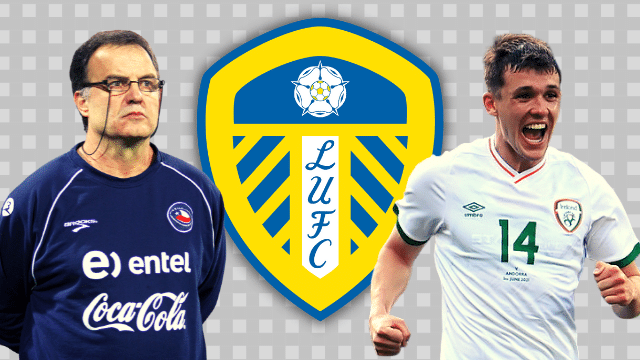