Remember the hype surrounding Martin Odegaard when he first broke onto the scene? He made his debut for the Norwegian national team as a 15-year old, with every major club in Europe courting his services.

He visited a number of them, ultimately opting for a move to Real Madrid. The Spanish giants reportedly offered him a high wage, as well as the guarantee that he would train with the first team.

The playmaker would make his debut in May of 2015 as a 16-year old, but understandably found playing time hard to come by.

He would go on to impress on loan at the likes of Vitesse Arnhem and Real Sociedad, with many feeling this this would be the season he would finally make a breakthrough at his parent club.

Odegaard would feature in the first couple of games of the campaign, but a couple of niggling injuries have seen him drop down the pecking order. He has now only started one league game since the start of October.

It is believed the player is now seeking another move away from the club in search of consistent football, with Arsenal thought to be keen to being him to North London. He would certainly be an excellent addition, with Mikel Arteta's side struggling to create chances at times this season.

However, it appears the Norwegian has his sights set elsewhere.

Marca are reporting that Odegaard is hoping to move to former loan club Real Sociedad this month, although Real Madrid will only allow him to leave on loan.

The 22-year old scored seven goals and assisted nine other during a loan stint at the club last season.

Only last week, Zinedine Zidane said Odegaard would get opportunities to impress this season is he remained in Madrid.

Let him keep working, he is a beloved player and he will surely succeed here.

He has not played much lately but the idea is to keep working hard, he will have minutes. He will provide insurance. This is a specific moment. In a race things happen to the players, but he is not discouraged.

Despite this, another loan move seems like the best solution for all parties. 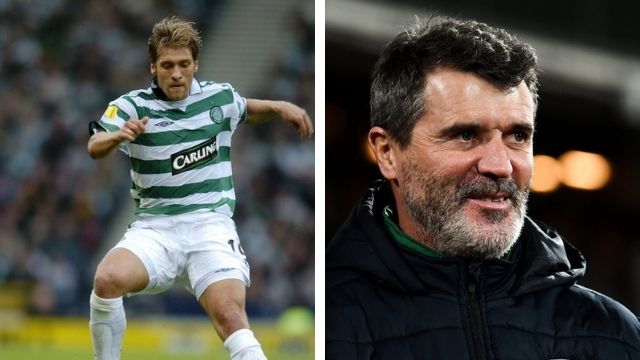 Football
1 week ago
By Gary Connaughton
Arsene Wenger Reveals He Was Forced To Sell Players Just To Keep Arsenal Afloat
Football
2 weeks ago
By Eoin Harrington
Watch: Peter Walton Had Another Bizarre Take On VAR This Afternoon
Football
3 weeks ago
By Sean Meehan
Tunnel Bust-Ups To O'Shea's Chip, Arsenal V Man United In 2005 Had It All
Popular on Balls
GAA
16 hours ago
By PJ Browne
'I Have Pictures Of Stephen Cluxton All Around My House, It’s A Bit Weird!'
Rugby
18 hours ago
By Balls Team
Son Of Offaly Hurling Legend Set For Super Rugby Debut
The Rewind
15 hours ago
By Sean Meehan
Introducing The Vote For Ireland's Greatest Singalong Song
Rugby
13 hours ago
By Eoin Harrington
Rob Kearney Player Mic Gives Great Insight On Western Force Debut