Last week, the 24-year-old Blackburn striker was linked with a move to Norwich. It was strongly rumoured that Cork man Adam Idah would head to Ewood Park to counterbalance the deal.

In any case, the transfer collapsed. Armstrong now seems certain to move to Southampton, with the Saints' Michael Obafemi being strongly linked as a replacement for Armstrong.

This morning, BBC Sport reported that the Saints have agreed a fee with Blackburn for the striker.

Southampton have had a bid accepted for Blackburn striker Adam Armstrong.

Obafemi's transfer had been rumoured to be directly connected to the Armstrong transfer, but now looks to be a separate negotiation.

Speaking during a press conference this afternoon, Blackburn boss Tony Mowbray confirmed his interest in bringing the Irish international to Ewood Park.

“I have watched him for the last three months.

“I was aware of him making his debut, he made quite a bit of noise a couple of years ago.

“I have studied him a lot recently and I see similarities with Adam, he’s mobile, fast, can score, he’s a young boy but we use attributes to help the team play in a certain way.

“He has the attributes that will help our team but it’s not something we should be saying is a done deal as I’ve not personally spoken to the player so let’s see what the next few days bring.”

Tony Mowbray has confirmed interest in Southampton striker Michael Obafemi. Would be an permanent deal were it to happen but separate to Adam Armstrong negotiations.

TM: “This time yesterday it was free transfers and loans. To what extent that has changed we will have to see.”

It's interesting move for Obafemi, whose career in the Premier League stalled last season because of injury.

Obafemi was born in Dublin to Nigerian parents, before being raised in London after moving across the Irish Sea as a young child.

He began his football career at Watford before making the switch to Leyton Orient in 2015 after a stint at Vicarage Road.

Following a season at Leyton Orient, Obafemi moved to Southampton in 2016 before rising through the club’s famed underage ranks.

After impressing at the Saints’ academy, he made his senior competitive debut for the club in January 2018 against Tottenham Hotspur.

He scored his goal for the club later that year in a 3-1 win over Huddersfield Town, becoming the club’s youngest Premier League goalscorer in the process.

In total, Obafemi made 32 senior appearances for Southampton, scoring on four occasions.

He has also played for the Boys in Green at U19 and U21 level before making his senior Irish debut in November 2019.

That debut came under Martin O’Neill during the drab 0-0 draw in the Nations League against Denmark in Aarhus.

The game would prove to be the last for O’Neill in charge of the Boys in Green. 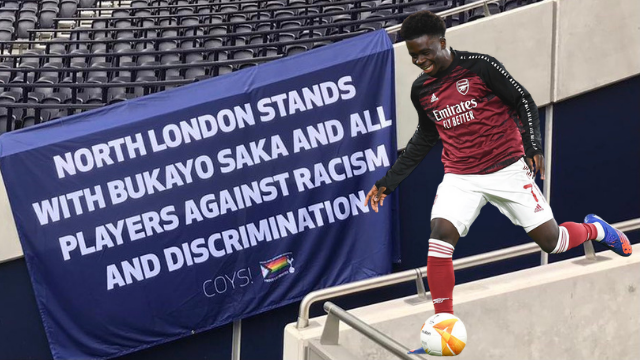