Newcastle United Players Refusing To Carry Out Any Media Duties

In what has already been a frustrating summer for Rafa Benitez at Newcastle United, it is today being reported that the club's players are refusing to carry out their media duties any longer.

Refusing to interact with journalists after pre-season defeats to Braga and Augsburg, the source of their consternation is an ongoing battle with the club's hierarchy regarding player bonuses. 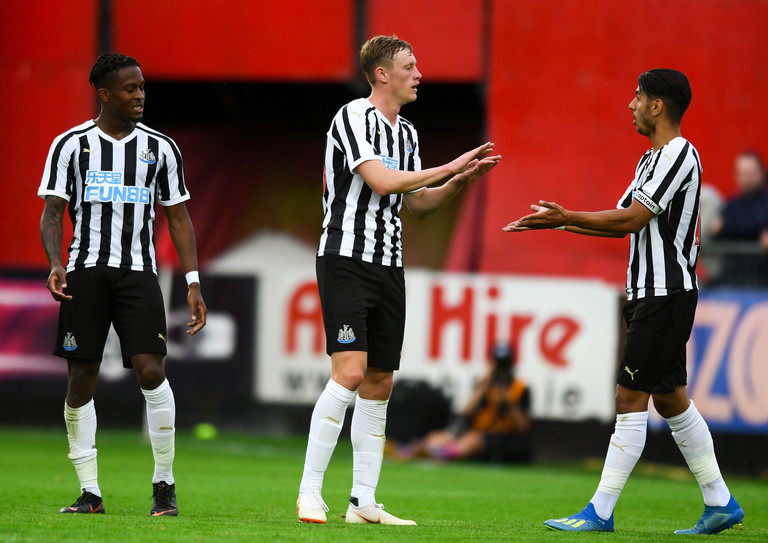 Reported by The Sun newspaper, it is understood that the players maintained their silence after today's training session.

Hearing #nufc players are refusing to cooperate with media until bonus despute resolved. Refused the traditional walk-up shots for @skysports today. This needs to be resolved. Similar scenario last season too. Latest on @SkySportsNews

With the club's opening Premier League fixture against Tottenham Hotspur less than a week away, the decision on the players' behalf not to speak to the media will come under widespread scrutiny if they uphold their stance.

Having avoided relegation in their first season back in the Premier League last time out, Rafa Benitez has shared his concerns regarding the club's lack of transfer activity.

With the club's owner Mike Ashley actively looking to sell the club, it is believed that he has no desire to invest the kind of money into the team's recruitment that many of Newcastle United's rivals are spending.

Joining the club before their relegation from the Premier League in 2016, it is widely suspected that Benitez's future at the club is in jeopardy if Ashley adheres to this stringent approach.

See Also: Quiz: Can You Name The 51 Teams Sergio Aguero Has Scored Against?

Football
7 months ago
By Gary Connaughton
Mike Ashley Once Made A Mad Offer To Lure Harry Redknapp To Newcastle
Football
8 months ago
By Balls Team
Steve Bruce: My Family Think I’m Sick For Refusing To Walk Away
Football
2 years ago
By Maurice Brosnan
Superb Gesture For Newcastle United Ballboy But Club Remains In Conflict
Popular on Balls
Rugby
2 days ago
By Colman Stanley
'That Pace, That Intensity, That Organisation' All Black Legend Has High Praise For Leinster
GAA
2 days ago
By PJ Browne
Cusack Has Little Sympathy For Gearoid Hegarty After Red Card
GAA
23 hours ago
By PJ Browne
GAA President Explains Why Tailteann Cup Won't Be All-Ireland Curtain Raiser
Football
3 days ago
By Eoin Harrington
Alan Shearer Says Roy Keane "Ran Away" From Him After Famous Clash