When the seriousness of the coronavirus outbreak became clear, it was always likely that Euro 2020 would be one of the first events to be affected. Not only would it feature the mass gathering of thousands of people, but the nature of this edition would ensure huge amounts of travel throughout the continent.

The idea of having 12 host cities throughout Europe was an interesting one, giving a number of different nations the opportunity to have a major tournament on home soil. Of course, the current situation could never have been foreseen.

UEFA are planning on simply shifting the tournament ahead by one year to the summer of 2021, with the games taking place in the same venues as had been previously planned. However, that could now be in doubt.

Mail Sport are reporting that UEFA are considering scaling back the continent-wide tournament, with some host nations understandably hesitant to commit the event. Spain and Italy, who were set to host games in Bilbao and Rome respectively, are reportedly unsure about the prospect of the event coming to their country.

Those two countries have been hit the hardest by the coronavirus, with the virus likely to have long-term public health and economic consequences. As such, committing to Euro 2021 is probably at the bottom of their list of priorities.

The 12 city tournament is the legacy of Michel Platini, who conceived of the idea. It is believed current UEFA president Aleksandar Ceferin is less keen on the concept.

While Mail Sport report that the FA are still committed to hosting the games at Wembley Stadium, it has the potential to cost the member associations involved quite a bit of money.

Major concerts held in football stadiums have become a big money spinner over the last few decades, with events held during the summer often a major boost to the coffers of football associations in Europe.

Many were unable to commit to concerts in 2020 due to the Euros, a scenario which will be repeated in 2021. It is likely that concerts were already being lined up for the summer of 2021, with those now in doubt. 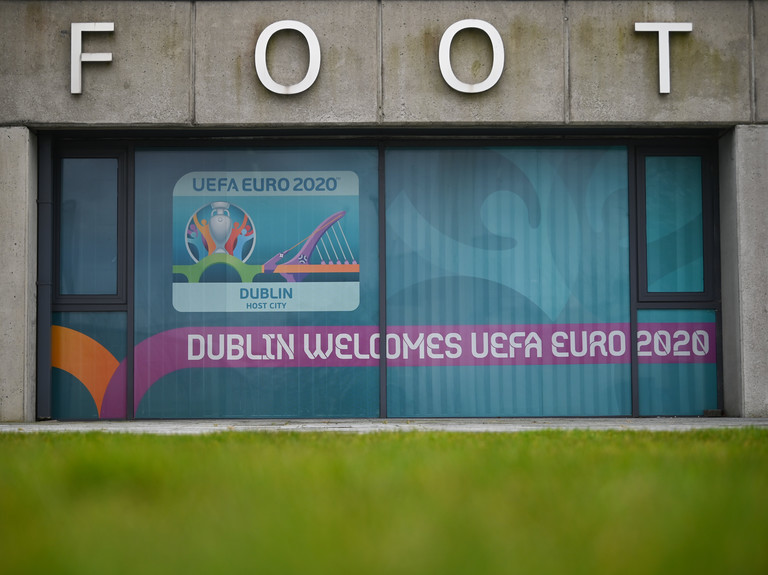 Despite this, you would imagine that the FAI would be keen for the Euros to take place in Dublin. The Aviva Stadium is scheduled to host three group games, as well as a last-16 clash. Should Ireland qualify, two of their games will take place on home soil.

This would also be treated as an audition for a potential World Cup bid. It is expected that Ireland will be part of a bid (along with England, Wales, Scotland, and Northern Ireland) to host the 2030 FIFA World Cup. Successfully hosting four games at the Euros would likely be a large part of their pitch for that event.

Considering Dublin is still likely to welcome the event, there could be a possibility that more games take place on these shores should other venues become unavailable.