Reports Explains What Happened To Sala Before Plane Crash

Emiliano Sala was exposed to harmful levels of carbon monoxide before he was killed in a plane crash and it is likely his pilot was also affected, accident investigators said.

Tests on the Cardiff striker’s body found enough evidence of the harmful gas to cause a heart attack, seizure or unconsciousness, an interim report by the Air Accidents Investigation Branch (AAIB) stated.

The cockpit of the Piper Malibu aircraft involved in the crash was not separated from the cabin and it is “likely” that pilot David Ibbotson was also “affected to some extent” by exposure to carbon monoxide, the document added.

The AAIB said the gas can “reduce or inhibit a pilot’s ability to fly an aircraft depending on the level of that exposure”.

The thoughts of the EFL are with @CardiffCityFC, @FCNantes and the family and friends of Emiliano Sala.

The Argentinian, who was 28, signed for Cardiff City from French club Nantes for £15million on January 18.

The return flight – which crashed in the Channel – was on January 21.

Sala’s body was recovered on February 6 but Mr Ibbotson has not been located.

The aircraft remains underwater off the coast of Guernsey after an attempt to recover it was hampered by bad weather.

The AAIB said it was working with the aircraft and engine manufacturers and the National Transportation Safety Board in the US “to identify possible pathways through which CO might enter the cabin of this type of aircraft”.

The report added: “Work is also continuing to investigate pertinent operational, technical, organisational and human factors which might have contributed to the accident.” 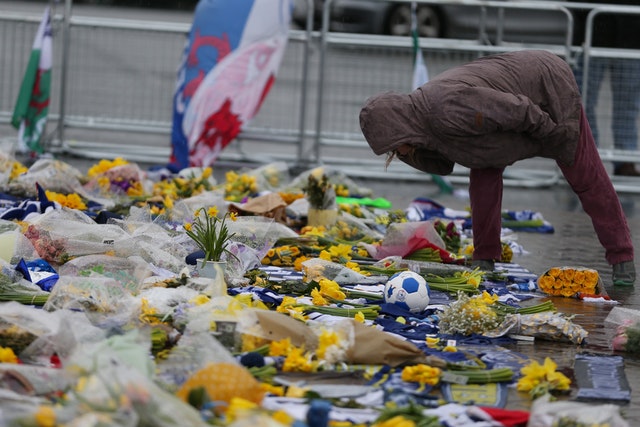 Daniel Machover of Hickman and Rose solicitors, lawyers for Sala’s relatives, said the presence of carbon monoxide “raises many questions for the family”.

He went on: “The family believe that a detailed technical examination of the plane is necessary.

“The family and the public need to know how the carbon monoxide was able to enter the cabin. Future air safety rests on knowing as much as possible on this issue.

“Emiliano’s family call on the AAIB to salvage the wreckage of the plane without further delay.”

A Cardiff spokesperson told PA: “CCFC is concerned at the AAIB’s latest report which once again highlights that the aircraft used for Emiliano Sala was not appropriate.

“We continue to believe that those who were instrumental in arranging its usage are held to account for this tragedy.”

Piston engine aircraft such as the Piper Malibu involved in the crash produce high levels of carbon monoxide, the interim report said.

The gas is normally conveyed away from the aircraft through the exhaust system but poor sealing or leaks into the heating and ventilation system can enable it to enter the cabin.

Several devices are available to alert pilots over the presence of carbon monoxide.

The AAIB said they are not mandatory but can “alert pilots or passengers to a potentially deadly threat”.

Investigators have previously said the validity of Mr Ibbotson’s licence will form a key part of their inquiry.

The type of licence he held meant he could only fly passengers in the European Union on a cost-sharing basis, rather than for commercial flights.

A full accident report is expected to be published next year.