Steve Bruce won't last too much longer as Newcastle United boss. It was a surprise to see him in the dugout for the 3-2 loss to Spurs this afternoon, with the result only likely to speed up the process in bringing in his replacement.

Who that will be remains to be seen. The new club owners will likely target some big names, but who they can attract this early in their tenure is uncertain. Antonio Conte is one name said to be not interested, with the likes of Lucien Favre, Frank Lampard, and Steven Gerrard also mentioned as possibilities.

Whoever does come in will first be tasked with keeping the club in the Premier League. They will have the added bonus of a January transfer window to help them do so, but the club must be careful in who is appointed.

Speaking on Bein Sports, Richard Keys said the club should retain Steve Bruce as there is no better option to help keep them in the league. That can certainly be debated, considering they have now failed to win any of their opening eight league games.

Joined in the studio by Andy Gray and Nigel de Jong, should Newcastle decide to bring in somebody else, Keys' suggestion was perhaps even worse: Mark Hughes.

"That is the real conundrum, and the first real big decision the owners have got!"@richardajkeys offers an interesting replacement for the current Newcastle boss. #beINPL #NEWTOT

Gray: If the owners turn around and say Steve Bruce is going to say to the end of the season, do you think that is going to (excite the fans)?

De Jong: It's a difficult decision to make, because if you replace Steve Bruce right now (then who with)?

Keys: I didn't think I'd get that response!

For Newcastle supporters, we can't imagine that Hughes would be a welcome addition. While he has plenty of Premier League experience, he is hardly known for playing an exciting brand of football or getting the very best out of his teams. He has also been out of work since 2018 when he was sacked by Southampton.

It is doubtful that the club's hierarchy will be following up on Keys' suggestions.

SEE ALSO: Shay Given Thinks Newcastle Should Aim To Sign Haaland Or Mbappe 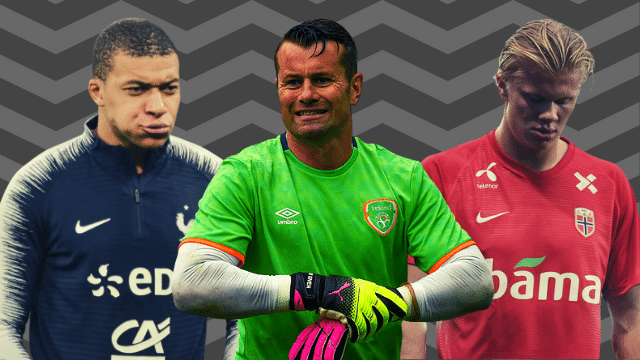