What a disaster for The Netherlands.

Having been handed a very favourable draw for the Euro 2020 knockout stages, they were expected to make a deep run in the tournament beginning with this evening's game against the Czech Republic.

They were heavy favourites for the game, but after missing a couple of big chances in the game, they would fall apart after Matthijs de Ligt's red card in the second half.

The Czech Republic would ultimately run out comfortable 2-0 winners, with the Dutch failing to lay a glove on them in the closing stages.

This is certainly a missed opportunity for The Netherlands and the result will not be warmly received in the country.

The Dutch footballing public had been placing a huge amount of pressure on manager Frank de Boer prior to the tournament, with his insistence on playing a 3-5-2 formation not welcomed in a nation that invented the 4-3-3.

The 51-year old played no part in the qualifying campaign and was only brought in after Ronald Koeman left for Barcelona.

The fact that he was also given the job despite a horrific CV was also a factor. His most recent gigs in management before this were disastrous brief spells at Inter Milan and Crystal Palace, as well as a stint in the MLS with Atlanta United.

You'd imagine it will be difficult for him to stay on now.

Speaking on RTÉ after the game, Richie Sadlier summed up how de Boer's management has been viewed in his home country.

I think that Netherlands team and that manager are going to be very heavily criticised when they leave.

It's a lot easier to play in front of your home crowd when they're behind you, you don't have to travel...

When you go down to ten men it is difficult, but you've got to raise your game in every area: your decision making, your work-rate, your concentration. Your margin for error, which is slim enough as it is in the knockout stages, really comes to nothing when you're down to ten men.

There was no real response from the Dutch...

There are so many people in Dutch football questioning why [de Boer] was appointed. We know the back story, Koeman got the team qualified and went and took a club job, had this tournament been played a year ago they would have had Koeman in charge, van Dijk at the back, all what-ifs.

When Koeman left, they had a decision. They went and got de Boer, whose CV over the last couple of years is as poor as you could get for any manager that you would think is in line for a job like that.

They gave it to him and there have been many, many things in the last few months which have annoyed Dutch people.

He did a press conference just before the tournament and got some basic things wrong, made some false claims, and in addition he has angered a lot of people with the formation of the team.

You could park all of that, and it is a lot, but if you look at the team performance today you have to question it.

They didn't have a response to having ten men. Some teams know what to do, there are some teams that become compact, solid in midfield, and get the balance right between defending in numbers and going forward.

They get it right and look like they've been prepared for it.

The press conference that Sadlier brings up above was when he criticised player Queensy Menig for his positioning for a goal in the 2-2 draw with Scotland, only to be told that Menig was not even in the squad.

He also claimed that he personally informed players in the extended squad that they had not made the final 26-man panel, only for this to later be proven untrue.

We can't imagine he will be in the role for much longer. 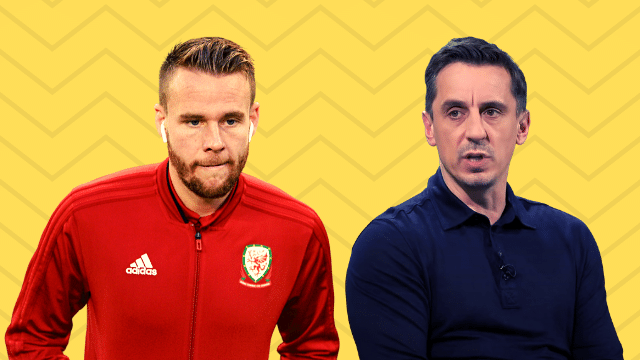