In many ways, the Stephen Kenny era has been defined by conflict.

The 'culture war' that gripped Irish football after his appointment was something unlike any we had seen previously in this country. There seemed to be a clear split among the supporters, some of whom felt Kenny was out his depth before he ever took the job. On the other hand, you had those who were convinced that the new manager would bring about a revolution in Irish football.

Very little of what actually happened on the pitch could change the opinion of either camp. It resulted in a strange dynamic where many felt they had to nail their colours to the mast if they were to be a part of the Irish footballing discourse.

One commentator that tried to avoid this was Richie Sadlier.

The RTÉ pundit attempted to reserve his judgement before making any sort of declarations around the team's future under the new manager, somewhat of a rarity in media circles.

Speaking to Balls in his role as ambassador for the Don’t Settle. Talk ED campaign, he admitted he found it difficult to have any sort of balanced conversation during the early days of the Kenny era.

What I found interesting about this campaign, and maybe it did happen in previous campaigns and I just don’t remember, but from Stephen Kenny’s first match in charge there seemed to be a significant amount of people that had kind of made up their mind already before he had taken charge of his first game...

There were people that had made their mind up already for whatever reason that Stephen Kenny’s face didn’t fit. Then there were others who had absolutely no interest in the discussion concerning some of the performances or how poor the results were. To some of them results didn’t matter, performances didn’t matter, Stephen Kenny was absolutely the right guy so shut up about results.

I just thought ‘this isn’t a conversation’, it was just two entrenched positions repeating their talking points again and again regardless of what was happening on the pitch and not listening to people who disagreed them...

I remember going to myself ‘is everyone losing their mind here?’

Since when in any era do you decide after two or three games anyway, but to chuck in the context of cover and changing nature of the players and team selections, if ever there was a time to make an absolute call on anything, now is not it.

If you were sitting listening to some feel give his opinion on a film he had never watched, you’d go ‘piss off mate, watch the film and then come back to me’. You need to actually see the thing you’re going to discuss. 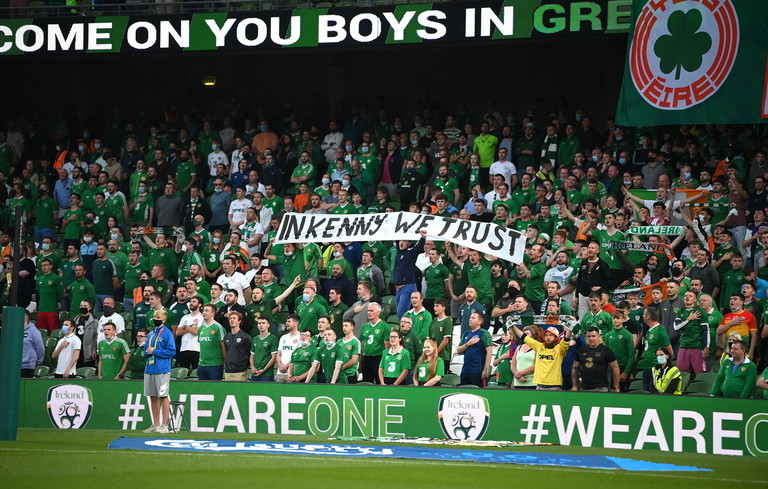 Research conducted by the campaign found that 38% of men would be embarrassed to seek medical help for erectile dysfunction. The first step for anyone with ED symptoms is to talk to a trusted healthcare professional such as a pharmacist or GP who can advise on treatment options. ED is treatable in most cases and it is not something that men should have to put up with.

This split was not confined to just the fan base. Similar opinions were often being spread in the media, both by journalists and former players.

A larger proportion of that latter group seemed particularly uncertain about the types of changes Stephen Kenny want to implement, but should that have come as a surprise?

After all, he had come into the job preaching about the importance of urgently changing the style that Ireland had implemented over the last couple of decades.

Richie Sadlier says that he could understand why some former Ireland internationals would take such suggestions personally.

I do think that has been one of the unfortunate consequences (ex-players being unsure of Kenny) of Stephen being so forthright in his views that so much needs to be changed and improved, that we need to be looking at doing things very differently.

I think if you were one of the players that had a prominent role in the way things were being done in the past, I could understand why you would sit there and think ‘hold on, is this fella having a go at my achievements or being dismissive of what me, my teammates, and manager did?’

I’m not here to defend Stephen, I don’t think that was his intention...

He didn’t want to dismiss those [stereotypical Irish traits], but add to it and say ‘stop fucking telling us that we can’t pass a ball to each other’. Let’s expect more and deliver more.

That message was really attractive to a lot of people at the start, but it was heard as slightly insulting by quite a few people I would assume.

There is no doubt that those changes are well underway, with results now arriving alongside the alteration of the team's style.

How successful they can be with this approach remains to be seen. However, the conflict that defined the early part of the Stephen Kenny era seems to be slowly fading away.

The 'Don’t Settle. Talk ED' campaign aims to get men talking about erectile dysfunction in an open and frank manner and to encourage men not to settle or put up with the symptoms of ED; instead talk to a healthcare professional.

SEE ALSO: Richie Sadlier Enjoys Needle Of Punditry, Even If It Can Carry Over Off-Camera 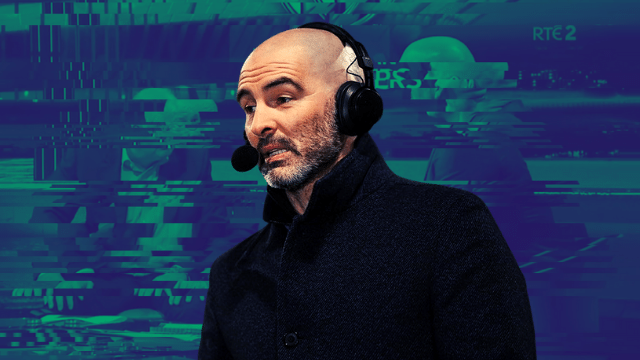