After the 0-5 horror show at home to Liverpool, Ole Gunnar Solskjaer made drastic changes to the setup of his Man United team for Saturday's win at Spurs. That win may have been crucial for his long-term employment, but Richie Sadlier thinks that Solskjaer is being forced into his three-at-the-back system by the needs of Cristiano Ronaldo.

'It suits Ronaldo, there's a lot of players it doesn't suit' - Richie Sadlier

Ole Gunnar Solskjaer was a club legend at Man United during his playing career, scoring the winning goal in a Champions League final in 1999 - but many believe he would never have been given the chance to take charge of the club if it wasn't for his legacy as a player.

After yet another major setback (the 5-0 home loss to Liverpool), Solskjaer's men have once again responded with gusto, claiming a 3-0 away win on Saturday against Spurs. Crucial to the win were two elements - the reliability of Cristiano Ronaldo up front, and the solidity of the back three system hastily implemented by Solskjaer.

Richie Sadlier, however, has concerns about its feasibility long-term. He appeared on RTÉ ahead of the Champions League tie between Solskjaer's team and Atalanta on Tuesday night, and he didn't hold back on the Man United situation.

Sadlier questioned the commitment of Ronaldo - and questioned whether the 3-4-1-2 formation was anything other than a desperate attempt to fit Ronaldo into Man United's system.

The weekend was a big result for the club, but it was a huge result for Solskjaer. I think they really needed it, I think it was an important clean sheet - I think the players needed that, only their second all season.

They got the win, which was vitally important. But I don't think you can assess the formation and the tactics and the approach of the manager - I think this is the formation that best suits a team that has Ronaldo in the lineup.

You've got someone alongside him who'll harbour the defensive responsibilities of trying to stop the opposition defence playing out, he's got three midfielders behind him as extra protection. It's a formation that suits Ronaldo, but there's lots of players in the United squad that it doesn't suit.

There are times when Ronaldo does put in a good shift, there's an example from a home game (against Atalanta) recently, but they're rare examples of it. So that's the conundrum that every manager has and that Solskjaer has.

Richie Sadlier is not the first to question whether Ronaldo has a hold over Solskjaer in charge, and he likely won't be the last.

His concerns about other players fitting into the 3-5-2 system are not new either, with Gary Neville among those questioning where Jadon Sancho now fits into the pecking order with the new formation.

Regardless of what formation he plays, Sadlier firmly believes Solskjaer is not out of jail yet at Man United.

I don't think that everyone is as convinced that all the problems in the Man United dressing room that were there 10 days ago are no longer there. They got one result against Spurs - I would hope that people's aren't as easily convinced as that. 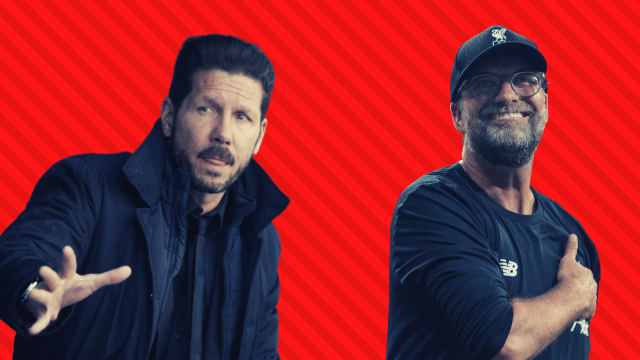