Rio Ferdinand Reveals His Role In Getting Cristiano Ronaldo To United

Manchester United fans are thrilled about the prospect of Cristiano Ronaldo returning to the club, but the nature of the way the deal was done had to have even more excitement.

It was suggested that the player was close to moving to Manchester City, although reports would emerge yesterday that United had made a late play for his signature. The deal would be wrapped up in a matter of hours.

Ole Gunnar Solskjaer's side were certainly keen to get everything sealed as quickly as possible, having no problem meeting the financial demands of both Ronaldo and Juventus. A number of other figures around the club also played a part, with Alex Ferguson and Rio Ferdinand amongst the names to contact the Portuguese superstar about returning to Old Trafford.

I was talking to him, texting was a big part of it. Obviously our relationship and friendship goes back many years to when we played together. We have stayed in contact since then.

This situation came about late on Thursday night and we were up until the late hours of the morning. It's really, really interesting, but it got done in the end...

The moment myself and a few other people at the club found out the opportunity was there because Man City were interested, you could never see him wearing a sky blue kit and walking out in Manchester not in a red shirt. It just couldn't happen.

The Manchester United hierarchy in this situation acted step by step, on the beat, on the money every time until that deal was agreed and signed for Cristiano...

He left here as the best player in the world. He turned up in Manchester as someone who was about entertaining and skills, now he's very much about stats now.

You seen his levels last season. Chelsea brought in a striker (Romelu Lukaku) for £96million, yes a different age and profile, but Cristiano Ronaldo outscored him in Serie A last season.

That tells you the levels he's at. He will come in and score goals. More importantly, around the training ground and at this football there isn't anyone else who is better equipped to show them how to win consistently at Manchester United. He's the guy for that.

Cristiano Ronaldo will certainly be a big presence at the club, although his signing does not necessarily fix the main issues in this United team.

They came at the defensive end of the pitch, with the lack of a quality holding midfielder in the squad still a major concern.

However, United fans won't be worrying about that for now. 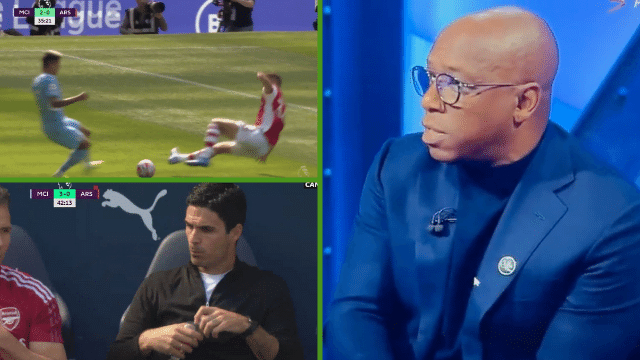 Football
6 days ago
By Eoin Harrington
Report: Manchester United's Younger Players Are Growing Tired Of Cristiano Ronaldo
Football
1 week ago
By Gary Connaughton
Rio Ferdinand Defends Cristiano Ronaldo After Brentford Tantrum
Football
4 weeks ago
By Jonathan Byrne
Gary Neville Points Blame At 'Whinging' Duo After Man United Draw
Popular on Balls
Football
2 days ago
By PJ Browne
Ireland's Lee O'Connor Says It Was An 'Easy Decision' To Leave Celtic
Football
1 day ago
By Eoin Harrington
Quiz: Name Every Player To Score In A Champions League Final
Rugby
23 hours ago
By Colman Stanley
Roy Keane Made Quite An Impression On Eddie Jones And The England Rugby Team
52