Rio Ferdinand Has An Interesting Theory On Italy's Lack Of 'Superstars'

They say you can never write off an Italian team coming into a major tournament and that certainly seems to be the case at Euro 2020.

Italy were excellent in their opener last night, comfortably dispatching a dogged Turkish team with a brilliant second half display.

Many people in this part of the world may not be too familiar with some of the names in their squad, especially when the cast majority have spent their entire careers in their native country. However, Roberto Mancini looks to have assembled a team of real quality.

He inherited a squad in disarray, one that had just failed to qualify for the World Cup for the first time in their history. They are now on a 28-game unbeaten run.

The former Manchester City boss has also overhauled the style of the team, adopting a more front foot approach as opposed to the deep defending Italian sides we have become accustomed to seeing.

Speaking on the BBC after last night's game, both Cesc Fabregas and Alan Shearer were full of praise for the job Mancini has done.

Fabregas: With every national team, sometimes you need a transition. Sometimes they are bigger than others. I think Mancini has realised that and he has done that very well.

He has given opportunities to young players, players who before were dreaming of playing for the national team but couldn't.

You could see at the end of the game that they are all together, they have togetherness and you can feel it...

Shearer: He has changed the style of play. You're not used to seeing it with Italy pressing high, especially with two centre halves who might struggle because of their age with pace and the ball in behind...

It's brave because they were a mess when he took over. They look like they've got a nice little combination of experience and young players coming through.

Rio Ferdinand believes that the lack of star power in this team may have actually helped Mancini.

Whereas Italy teams in the past may have been built around a couple of superstars, the lack of such a player in the 2021 edition means the manager can forge the team in his image without worrying about pandering to one or two big names.

"They were impressive in everything they did, not only with the ball but without it too." 💬

It was the perfect night for Italy as they 'sent a message' to their rivals with their win against Turkey in the opening #Euro2020 match.

Italian teams of years gone by have always had a number ten or superstar in their team. I think that has maybe helped them as well, not having that.

Normally you've had a Baggio, you've had a Totti, you've had a Del Piero who you've got to have in the team. The pressure from that would have been from the media back home in Italy, that these guys have got to play.

I don't think [Roberto Mancini] has had that which has been better for him actually to create a collective rather than around an individual, which has been good for him.

Having been placed in what looks like a fairly favourable group, you certainly wouldn't bet against Italy making a deep run in this competition.

SEE ALSO: Sport As We Once Knew It Returned Last Night, And It Was Beautiful 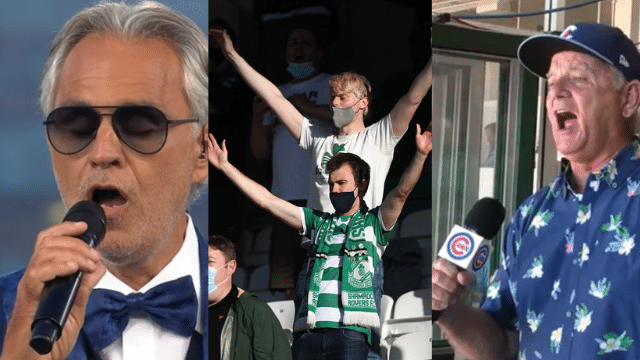