Rio Ferdinand Has Made Some Big Predictions About Jude Bellingham's Future

Borussia Dortmund have a remarkable track record of developing young talent. Over the last decade or so, they have consistently turned promising players into truly elite footballers.

There are quite a few such players in their current squad, with a couple of them standing out.

Erling Haaland is a goalscoring machine, putting up the type of figures that boggle the mind when you consider that he is still only 21-years old. Every major club in Europe will be chasing him next summer when his release clause kicks in.

The other one is Jude Bellingham.

The former Birmingham City man had a big reputation as a youngster coming through at St. Andrew's, but few could have predicted just how quickly he would adapt to the top level. At 18-years old, he frequently is the best player on the pitch in both Champions League and Bundesliga fixtures.

He is likely to draw some major interest from his native country in the months ahead, with Rio Ferdinand believing Bellingham will go on to be the standout player in a very talented generation of young English stars.

Speaking on BT Sport last night, the former Manchester United defender summed up just how impressed he has been with the Dortmund starlet.

"He improves every team, I think, on the planet that he goes to right now..."

"He does things that you think: that's a 25-year-old!"@rioferdy5 and Owen Hargreaves believe that Jude Bellingham has got the talent and temperament to perform anywhere at the age of 18 ✨#UCL pic.twitter.com/rQWOzRZBjH

Ferdinand: We've got some great young talent in this country. I think Jude Bellingham could be the one who has got the full package, to become captain, leader, man amongst men, play multiple positions and dominate big games throughout his career.

It's a big challenge to him. I don't want to go overboard, well I have because in all games that you see him there's a moment that makes you think 'he can't be 18-years old'.

Whether it's a bit of skill, a body position, or the way he demands the ball off somebody, he does things that make you think that's a 25-year old that has played at the top level for five or six years.

Hargreaves: Everybody is going on about Haaland and rightly so, but honestly if I'm a big team in England - United, City, Liverpool, Chelsea - he's the guy you go get.

That's the heart of your midfield for a decade, whatever he costs you go get him. He is special.

Ferdinand: There aren't many guys at that age, if any, where you can say he improves any team on the planet that goes to right now. I think he improves every one of those teams you just mentioned.

All four English clubs mentioned above have been linked with Bellingham in recent times, although it will certainly take quite the fee to prise him away from Dortmund. 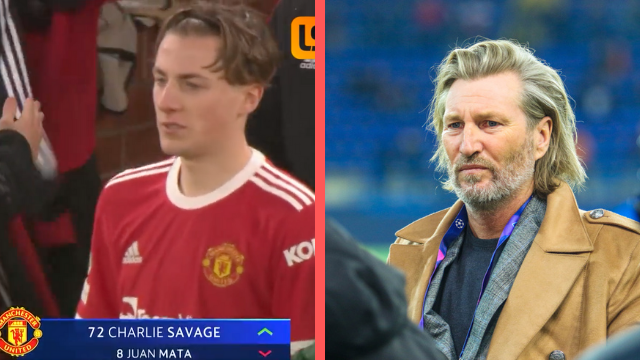