Rio Ferdinand has said that he would not speak to Phil Jones if the pair were teammates at Manchester United at the moment.

Jones' stint at Old Trafford has been beset by bad luck and injuries for the most part.

And the former Blackburn Rovers starlet has not made a league appearance for the Red Devils since January 2020.

But despite his injuries and little hope of ever forcing his way back into United's plans, Jones is under contract at Old Trafford until 2023. There is also an option to extend his contract until 2024.

Following United's dismal 1-1 draw away to Southampton, Ferdinand took aim at Jones, saying that he would not speak to him if both were teammates. That is because of Jones' perceived contentment at not playing for United at the moment. "There are players who are happy to just sit at clubs and not play and just chill," he told Vibe with FIVE.

Winston Bogarde did it at Chelsea for about three or four years. Signed a big deal and commuted in from Holland.

If I was in the squad with someone like that I wouldn’t talk to them.

They are a waste of time, why would I chat to you and give you any energy, taking that away from my other teammates who are here to play and go into battle for 90 minutes every week.

Ferdinand also claimed that Jones' 'antics' are taking a youth team player's position in the squad.

He’s taking up a youth team player’s position in that squad right now.

He’s had too many injuries… I was in the same team as Phil Jones, he came from Blackburn as a young kid. Everyone was saying he was going to be this great player...

But the fact of the matter is that Jones is under contract at the club after putting pen to paper on a long-term deal in 2019.

And it is that fact that 'baffles' Ferdinand as his former side look to mount a considerable title challenge this year.

I am baffled at how he’s still been given a new deal at the club given his past few years at the club. It just doesn’t make sense to me how you get a new deal.

He’s done well. Listen, good luck to him if you can get it. Staying at Man United is a great gig. But I look at him as a person, are you really going to be happy sitting there all these years. 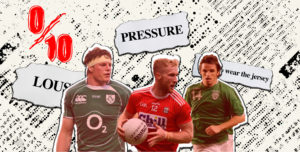