Things have gone from bad to worse for Liverpool, who turned a 1-0 lead into a 3-1 defeat against Leicester City, leaving their title defence in tatters and their top four prospects under serious threat.

Mo Salah's goal, thanks to a beautiful assist from Roberto Firmino, had Liverpool in front as the game entered the final 15 minutes. That was until a mad seven-minute period saw Liverpool's defence fall apart and Leicester scored three times through Maddison, Vardy and Barnes.

"I'd be more concerned and more worried about the fact that they concede a goal, and they capitulate..." 😓@rioferdy5 highlights the concerning details behind Liverpool's poor form. pic.twitter.com/hvoiaZPKNI

Alisson Becker's poor form from the Manchester City game continued when a calamitous mix-up between him and debutant Ozan Kabak, recently signed on-loan from Schalke, left Vardy with an open goal to make it 2-1. The defence opened up again for the third goal when Barnes killed the game off, and in the BT Sport studios after the game, Rio Ferdinand spoke of the startling decline in Liverpool's authority on the field since last season, particularly at the back.

I'd be more concerned and more worried (if he was Jurgen Klopp) about the fact that they concede a goal and the team capitulates. That is a big concern for me in this team. This was a team you talked about as having leaders, mental strength, resilience, robust. They're everything but that at the moment. When that goal went in they became a soft touch. Yes there are mistakes but is there a hangover? He (Klopp) eluded to the goalkeeper from the previous game made two mistakes, made another one today. Is that a hangover from the last game? No communication. These are little details that in the end cost you points.

When we spoke about it before the game, we did say credit to this Liverpool team and Klopp, how they were even in this position now, with what has happened to them in terms of injuries. But, again...they go a goal up, they don't look like a team convincing you that they're going to stay there.

I don't see it really changing around dramatically, it would be a massive turnaround in events for that to happen. But they don't look as potent going forward at the moment, as a group.

Jurgen Klopp was understandably downbeat in his post-match comments, and despite the reinforcements in defence at the end of the January transfer window, the performance today suggests that there are no quick fixes at his disposal while missing the likes of Virgil Van Dijk, Joe Gomez and Joel Matip. 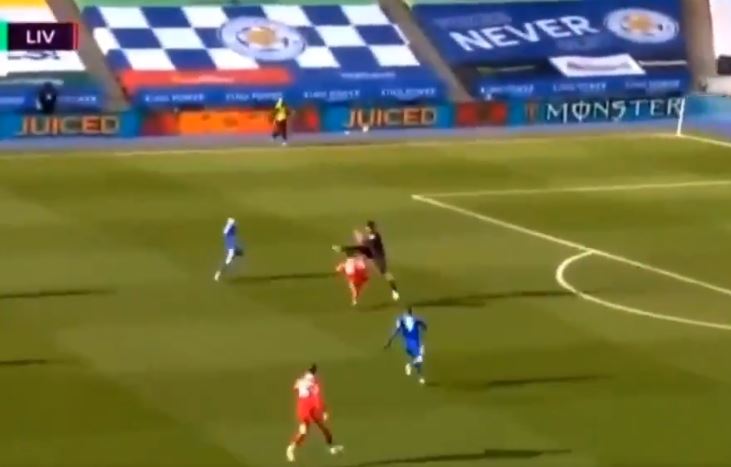 The form of Alisson will be a big worry for Liverpool fans. The Brazilian has been one of the best goalkeepers in the world since signing for the club back in 2018, but some costly errors in the last two matches suggest he is suffering a crisis of confidence, much like the rest of the team. Ferdinand was critical of Alisson's role in the mix-up with Kabak for the Jamie Vardy goal.

He (Alisson) has got to take control of the situation - scream to this new centre-half, a new young, inexperienced centre-half, 'get out of the way'. That's a lack of confidence. We never put mistakes at this man's (Alisson) door until this season.

Liverpool now sit in fourth place, 10 points behind leaders Manchester City, who have played two games less. Of more pressing concern to Liverpool will be their place in next season's Champions League with the likes of Chelsea, West Ham and Everton all having the chance to leap-frog last season's champions if they can win their games in hand.

"We were the clear dominant side, we played good football."

"You saw that we tried everything, it's not that we didn't try."

Jurgen Klopp spoke to @TheDesKelly after a difficult day for Liverpool. pic.twitter.com/vVSlRRUaNq