'I Actually Thought It Was Someone Winding Me Up!' Fowler On Liverpool Return

It's sixteen years to the day since Robbie Fowler re-joined his boyhood club, Liverpool.

Many didn't see 'God' returning as he entered the twilight of his career. At 30, Fowler still reckoned he had plenty to give. Speaking on The Greatest Game with Jamie Carragher, the Liverpool legend recalls the events that led to his return to Anfield.

"Liverpool still had good players but they were struggling to score goals," he said. "They probably needed, maybe, someone to come in and help the forwards if you like or maybe someone to have that little bit of love that they were missing."

"I mean, Morientes was there, Crouchy was there, Djibril Cissé was there. You know, good players, but again, I liken it to my first chance at Liverpool if you were like. Where they were struggling to score goals."

Carragher also remembered the day he found out Robbie was making a return. "I remember getting wind of it and I was under strict instructions not to say anything. I told my Dad and I said, 'Dad, you can't tell anyone, I think Robbie's coming back'."

"... and then me Dad had come in about three hours later and said, 'Everyone in town's talking about it!'" Fowler had spent time at Leeds United and Manchester City before Rafa Benitez decided to call him up in January 2006.

On this day in 2001, #LFC said goodbye to Robbie Fowler who joined Leeds United in a £11.75m deal. It wasn't the smartest of Liverpool's transfer moves... He would later return to Anfield in January 2006, after 3-year spell at Manchester City.#LFChistory_net pic.twitter.com/VgLwfl0WrZ

"I got in because we had just lost 2-0 to Everton," Fowler recalled. "It became obvious that there was a bit of a change needed. I had actually fell out with Stuart Pearce, I wasn't even playing for Manchester City."

"I remember being on the golf course just about to tee off and the phone goes but it was probably one of them ones where I was quite happy with it. And it was Rafa, and he went, 'Would you be interested in coming back to Liverpool?'"

Fowler couldn't believe what he was hearing. "I actually thought it was someone winding me up!" he said. "Eventually the conversation went on a bit more and I realised it was Rafa. It's probably the best phone call you've ever had."

The Liverpool transfer came with a caveat. Even though he was marking a return that would be popular with fans, friends, and family - Fowler had to accept that he wasn't going to walk straight back into the starting eleven.

After all, it was a lack of playing time that forced his move out of Liverpool in late 2001. The manager at the time, Gerard Houllier, had preferred the option of Michael Owen and Emile Heskey up-front.

Striker Robbie Fowler has made a surprise return to former club Liverpool on a free transfer pic.twitter.com/Czjf84JZCN

"I said before I was made up going to Leeds in terms of, it was a good club, it was a big club. I was made up because I felt as though I was going to play and it was my decision," Fowler said.

Fowler would go on to sign until the rest of the 2005-2006 season. His return game at Anfield came against Birmingham City, with many in the media likening it to a fairytale. Fans had erected 'God' banners around the stadium.

Four goals over five games in a stretch between March and April left Fowler in a desirable position to sign another contract. He was rewarded with a one-year contract extension towards the end of the season after scoring some valuable goals.

"I appreciated the club a lot more when I went back," Fowler said. "I knew I didn't really want it to end. I knew that this was for me a chance again to go back to the club where everything was easy, my family was still in Liverpool. I was just comfortable in everything."

"I knew I wasn't going to be a regular player and I'd got my head around that whereas the first time I couldn't. That was better than winning trophies. It got me back to a place where deep down I didn't really want to leave."

The return of the King! 👊#OnThisDay in 2006, Robbie Fowler rejoined the Pool. 🔴

This man was born to bang them in. 🔥#LastFanStanding #InTheKnow #LFC pic.twitter.com/NWuw2QcQ7W

Fowler's second season back at Liverpool resulted in mostly substitute appearances, but he did manage seven goals in all competitions. He scored his first Champions League goal for the club that season, and featured in their semi-final loss to Chelsea.

Benitez opted not to bring him back as Liverpool went in other directions for their attacking options. Nonetheless, Fowler says it was probably the best stretch of his career being able to go back and enjoy a second stint.

Does he get the credit that he deserves? "I think I have untold respect from the Liverpool fans," Fowler said. He's eight on the Premier League all-time goalscorers list." Maybe I don't get the respect I deserve from the outside point of view."

"If I had played more games and been more of a regular, regardless of the years early on, I still felt alright in the years after. I just didn't play as regularly as I would've done. If I had played on a more regular basis, my goals would have been higher."

See Also: The Most Expensive Irish Player At Every Age From 18-35 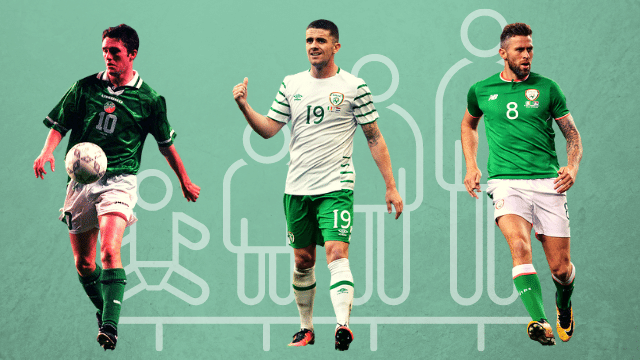