He may not be all too happy about it, but Harry Kane will be staying at Tottenham Hotspur for the foreseeable future.

The England captain spent the majority of the summer trying to engineer a move away from the club, although he made very little progress in this regard.

In truth the deal was never close to coming to fruition. Daniel Levy had no little interest in selling the striker, while Manchester City were not willing to push the boat out to the level that was required in order to tempt a sale.

Robbie Keane believes the situation was handled very well by the Spurs chairman.

Speaking on Sky Sports this afternoon, Keane said Levy deserves credit for coming out with the outcome that he would have hoped for. He also understands why Kane may be annoyed that the 'gentleman's agreement' he had with the club was not honoured, even if he doesn't come out of it looking too well.

I don’t think Harry [Kane] has come off it too good to be honest.

But the week he scored two goals, it’s fairly obvious he wanted to leave. You need to give Daniel Levy credit.

I do believe there was something going on in the background with Manchester City - where they didn’t behave too good with the rumours I’m hearing.

But it’s clear to see that he wanted to go. From a Spurs point of view it’s great he wants to stay, but did he sign a form and maybe leave next season?

It feels like something is happening in the background...

When I was going to Liverpool for example, Daniel made it hard for me with Berbatov.

But if he wants his players to stay, to be fair Tottenham are at a different stage now when myself and Berbatov were there, (they are) a club that seems to be on the up.

But for Kane who probably wants to leave, he’s starting from scratch again. Full credit to Daniel, but how long he’s going to be there I don’t know.

This could well have been Kane's last opportunity to get a big move away from Spurs.

He will turn 29-years old in 2022, meaning the top clubs will be hesitant to fork out a sizeable fee for him. That is something that would likely be required to strike a deal with the player's contract running until the summer of 2024.

The decision to sign that contract back in 2018 continues to look more and more short-sighted. 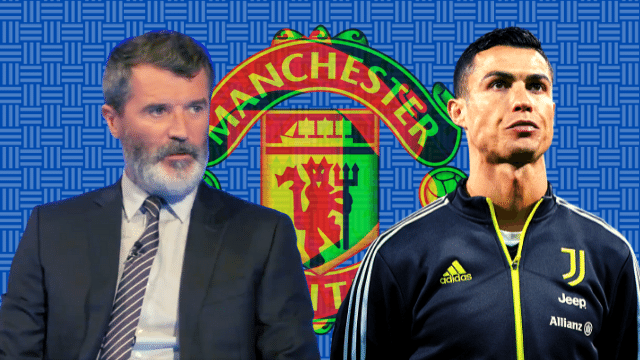