While a number of clubs have had Premier League games called off this season, Arsenal's request to postpone this weekend's North London derby seemed to be an especially controversial one.

That is probably due to the fact that they had only one confirmed covid case in the squad when the game was called off, although another positive test would subsequently be confirmed. The vast majority of their absences were down to injury, suspension, or players being on international duty.

While Premier League rules allow clubs to request a postponement as long as covid is a partial factor in such a move, many feel that clubs are now taking advantage of this loophole.

Speaking on Sky Sports, former Ireland and Spurs striker Robbie Keane said the Premier League need to be very careful in postponing so many games, with fixtures beginning to pile up for many clubs.

🗣 "Disappointed from a Tottenham perspective, it's an opportunity, they have a strong team compared to Arsenal."

It was an opportunity for Tottenham. They've got a couple of injuries but a stronger team than Arsenal. In terms of covid cases, I think Arsenal only had one (one more was announced after the postponement was confirmed). With people going to AFCON, everybody already knows about that, they have a few injuries.

Clearly I'm disappointed that game is called off as a spectator. I've also get a 12-year old son at home who is absolutely devastated, he got a Christmas present to come and watch the game.

I'm really disappointed, because I just wish there would be a bit more clarity and a bit more transparency on the actual rules. At the moment if you listen to the interviews from every manager, everyone has a different perspective on this...

My only worry is that covid is not going away. It's going to be here for at least another year, especially until the end of the season.

Between now and then there are going to be a lot of teams that have covid cases. Are we going to call off every game? After today Tottenham have to fit in four games, where are they going to fit them four games in? When can they fit me in?

If there is another game called off, it could be five, six, seven games. I can't understand where it's going to end. Covid is still here and it's still going to be around for a bit.

Spurs have played 18 games in the league up to this point, with many other clubs having already played 22. They will now face a hectic fixture schedule over the second half of the campaign.

However, many feel Arsenal should not be blamed in this scenario.

Graeme Souness and Micah Richards defended Mikel Arteta's side, saying that most other teams in the league would have went down the same route when faced with a similar scenario.

🗣 "In my opinion they've done nothing wrong, let's be honest, other clubs would do the same thing, it's not an Arsenal thing. Every team in the Premier League would look after themselves and if they say they wouldn't then they're lying."@MicahRichards on the NLD postponement pic.twitter.com/9kRCcY4KrP

Souness: I think there is too much ambiguity in the rules as they are laid out.

I think what Arsenal are doing is what any top team would do if they feel they are short of their top players. Some of it is self inflicted because they let two players go out on loan last week.

I don't think they would be alone in this, a lot of them would go down this road...

Arsenal are no different to any other club.

Richards: I just feel that when it's Arsenal, everybody wants to lump in for some reason. Arsenal have been in great form and by the rules have done nothing wrong.

Like the lads have said, the clarity (is an issue) and they're playing by the rules in that they perceive that they don't have enough first team players.

I understand other people being frustrated, but in my opinion they have done nothing wrong. Let's be honest, other clubs would do the same thing as well.

It certainly seems that the Premier League must take a stance on this issue. Otherwise, they could be facing into a very problematic fixture pileup come the end of the season.

SEE ALSO: Roy Keane Thinks Bruno Fernandes Has Been Let Down By His Fellow Midfielders 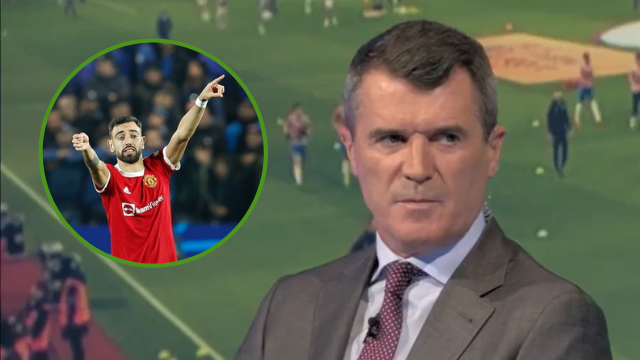