It was something that had been coming for quite a while, but Manchester United do not seem all that prepared for what comes next after Ole Gunnar Solskjaer's sacking.

The club have placed Michael Carrick in charge for the time being. Even then, they have said they will only be looking to appoint an interim manager for the rest of the season.

That may be the right move in the circumstances. However, it does also point to the serious lack of planning at board level at Old Trafford.

Who could are United waiting for at the end of the campaign? It has been said that Mauricio Pochettino is their main target, while Ajax's Erik ten Hag is another attractive option that may not be available until next summer.

Pochettino has long been linked with a move to Old Trafford, although doubts remain over his availability. While things have not gone all his own way at PSG, there is no guarantee that he will be looking to leave the French capital in a few months.

Robbie Keane does not feel that the Argentine will be looking to swap the Parc des Princes for Manchester anytime soon.

Speaking on Sky Sports this afternoon, the former Ireland captain said that United may well have to look elsewhere for their next permanent manager, with Zinedine Zidane the most obvious solution.

Why would Pochettino leave Paris Saint-Germain at this present time? You've got Mbappe, Neymar, and Messi.

Man United are at a level now where they weren't a few years ago. They were the top, top team in this country, they've gone on a dip. They're still a massive club, but in terms of where they have been in the last three or four years, they haven't been the Manchester United we knew for the previous 15 or 20 years.

I think Ole was just a stopgap. Listen, he's a lovely guy and full credit to United in terms of the statement they released today. He is a club legend, will always be a club legend, and will be welcomed with open arms back there. But for me it always felt like a stopgap.

Who do you look at now? In terms of Pochettino and not winning anything, he's going to win the league with PSG this season because they are 12 or 15 points clear.

For me, I would say Zidane. He's out there and doesn't have a job, he knows Ronaldo and Varane inside out and has won the Champions League with them.

In terms of someone who has won a lot of things, for me he is the standout candidate.

Zidane has been linked with the job, but there have been some doubts about his interest in taking the role due to his lack of English.

It will be interesting to see what direction Manchester United go in. 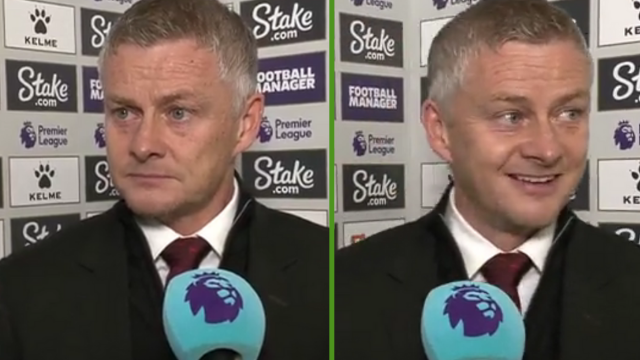