Robert Lewandowski's Champions League Form Is Nothing Short Of Outrageous

The Pole has been a star man for Bayern for months now - years, even - and the rumours he will be awarded the 2021 Ballon d'Or are, in all honesty, welcome.

It feels like an age ago that Robert Lewandowski burst on to the scene with his semi-final quadruple for Borussia Dortmund against Real Madrid in 2013. The fact that that seminal moment doesn't even mark the peak of his powers in the Champions League is the best tribute to his ever-impressive ability.

Since moving to Dortmund's German rivals Bayern Munich in 2014, he has only grown in ability and importance to the Bavarians, and his recognition has risen in tandem with that.

Just last season, he broke a decades-long Bundesliga record by scoring an incredible 41 goals in 34 games in the league. He has carried the Polish team in recent years, scoring three of their four goals at EURO 2020 and captaining them to the quarter-finals of EURO 2016.

He has become one of the most ruthless, reliable, and consistently impressive players in world football, and his goal scoring has played no small part in Bayern's dominance in Germany.

It has been in the Champions League, though, where Lewandowski's star has shone brightest.

The Pole has scored an astonishing 28 goals in his last 20 Champions League games for Bayern, after adding another hat-trick on Wednesday night against Benfica.

He could have had four, were it not for a penalty miss late in the first-half, and it's a mark of his mentality that he bounced back from that miss to slot home this finish in the second half - as well as a late third.

It's not just in group games, or in dead rubbers, that Lewandowski shows up. His goals were essential to Bayern's 2020 Champions League win, as he scored:

Lewandowski's form in the 2019-20 season was simply extraordinary, and it hasn't let up. That's now four games in the competition this year for Lewandowski, and eight goals already.

He's not only helping his individual case for the likes of a Ballon d'Or, but also helping his team to great success. All of the games mentioned thus far were marked by a great team performance channeling through Lewandowski, and it's no coincidence that their only Champions League loss in the last two years came in his absence against PSG in last season's quarter-finals.

It's hard to argue that Lionel Messi isn't the best player in the world, or that Cristiano Ronaldo's form isn't keeping Man United afloat at the moment, or that Kylian Mbappé and Erling Haaland are the face of the future.

But one man who could not possibly be doing more for himself or his team is Robert Lewandowski, truly one of the form players, if not the form player in the world in 2021. 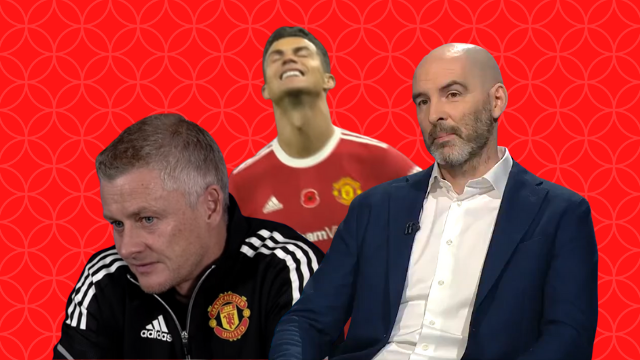