Interpretation Of Rodri Offside Was Farcical, As Proven By Ronaldo Decision

Look, we're all sick of talking about VAR. It seems you can't watch a match anymore without some sort of controversy coming from the use of the technology.

As a person who watched a lot of football, you probably used to have a fair idea of what decision would be made on a give passage of play. That is all gone out the window now. We can watch a replay of a perfectly good goal a few times and still have no idea if it's going to be given or not, while the same can be said of goals we think should be ruled out.

Last night was a perfect example.

Manchester City ran out 2-0 winners over Aston Villa to keep their excellent run of recent form going, a result they probably deserved over the course of the game. However, Villa were very much in the game in the closing stages, with the score still at 0-0 with just over ten minutes to go.

City would take the lead in controversial circumstances. Bernardo Silva scored a stunner in the 79th minute to give his side the lead, but it appeared that Rodri was well offside in the buildup.

He was almost ten yards offside when the initial ball was played and would then go on to tackle Tyrone Mings as he took down the ball, directly leading to the goal.

Was Rodri interfering with play from an offside position in the build-up to Bernardo Silva's breakthrough goal for Man City?

The goal can be viewed at 0:43 in the video below.

The Bernardo and Gundo show! 💫

Much to the disbelief of just about everyone that was watching the game, the goal was allowed to stand.

It would later emerge that the goal was given as the officials felt that Mings had 'intentionally played the ball', meaning Rodri's initial offside position was irrelevant. They also believed Rodri had not gained an advantage from his position.

“A player in an offside position receiving the ball from an opponent who deliberately plays the ball, including by deliberate handball, is not considered to have gained an advantage.”#ManCity #MCFC #AVFC pic.twitter.com/h4y09jBrZ0

Now, anyone that knows anything about football will see what a farcical decision this was. Of course Rodri's offside position allowed him to gain an advantage, as he came from behind Mings to knock the ball away from him.

In fact, there was an almost identical incident in last night's game between Juventus and Napoli.

On that occasion, Cristiano Ronaldo came from an offside position to steal the ball from Giovanni Di Lorenzo, with the officials immediately giving it as offside.

Just watching the Supercoppa Italiana game and this was just given as an offside against Juve. How is this different to the decision given against #avfc tonight? EXACTLY the same. pic.twitter.com/84FJVoNOWV

It shows up the farcical nature of the decision made at The Etihad last night.

Of course, Dean Smith had a right to feel aggrieved. Speaking to BT Sport after the game, he expressed his disbelief that the goal had been allowed to stand. He also felt he had been treated unfairly by being sent off late on.

Post match, Dean Smith’s reaction to the City opener being allowed & him being sent off.

I mean, are we just going to leave players behind the line all the time now? It's farcical, lets be honest.

He was ten yards offside, then he came back. He's taking advantage of an offside position to go and tackle our player, then they go and score from that.

I said to David Coote 'have you got juggling balls for Christmas', and he came over and gave me a yellow card and said 'I was doing the laws of the game'. I said 'maybe you should have done it earlier in the game', so he's given me a red.

The fact that the Premier League have hidden behind a technicality to justify the decision makes this one even worse. As we have said already, anyone who knows football knows this was offside.

Then again, do we even know what offside is anymore?

Perhaps VAR is a symptom of this issue with the laws of the game, and not the problem itself. Either way, something needs to be done. 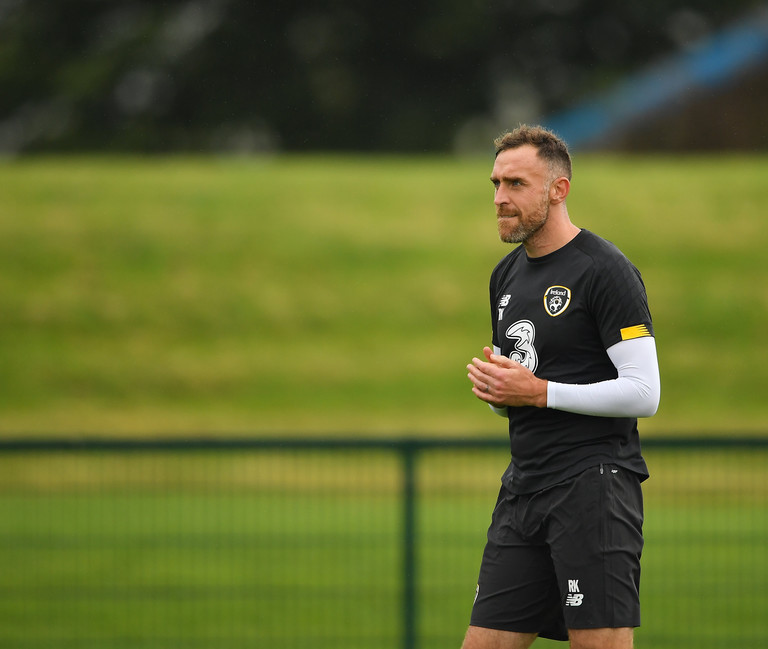 Football
15 hours ago
By Balls Team
Aston Villa 'Appalled' By Racist Abuse Of Ireland U19 Tyreik Wright
Football
1 day ago
By Eoin Harrington
Aston Villa May Ban Players From Playing Fantasy Football
Football
4 days ago
By Emmet Bradshaw
Conor Hourihane Scores Another Banger For Swansea
Popular on Balls
GAA
17 hours ago
By PJ Browne
'I Have Pictures Of Stephen Cluxton All Around My House, It’s A Bit Weird!'
Rugby
18 hours ago
By Balls Team
Son Of Offaly Hurling Legend Set For Super Rugby Debut
The Rewind
16 hours ago
By Sean Meehan
Introducing The Vote For Ireland's Greatest Singalong Song
Rugby
14 hours ago
By Eoin Harrington
Rob Kearney Player Mic Gives Great Insight On Western Force Debut