Sentencing has now taken place in the trial of a Roma football fan who this morning pleaded guilty to a charge of unlawfully and maliciously inflicting grievous bodily harm on Meath man Sean Cox, prior to last year's Champions League semi-final first-leg tie at Anfield between Liverpool and the Italian side.

30-year-old Simone Mastrellli, from the Italian capital, was extradited last month on a European Arrest Warrant in relation to the April 2018 incident directly outside the gates of Liverpool's Anfield stadium when a group of travelling Roma supporters clashed with Reds fans.

He has been sentenced to three-and-a-half years in jail.

Mr Cox, 53 from Dunboyne, suffered serious head injuries in the melee, and indeed, was in a coma for three months after the incident.

Back in October, another Italian man, Filippo Lombardi, was found not guilty of inflicting grievous bodily harm on the father-of-three.

Earlier this month it was announced that a fundraiser would be held for Mr Cox, who is currently being cared for at the National Rehabilitation Centre in Dún Laoghaire after spending time in both at the Walton Centre in the north-west of England and then Beaumont Hospital in the weeks immediately after the attack. 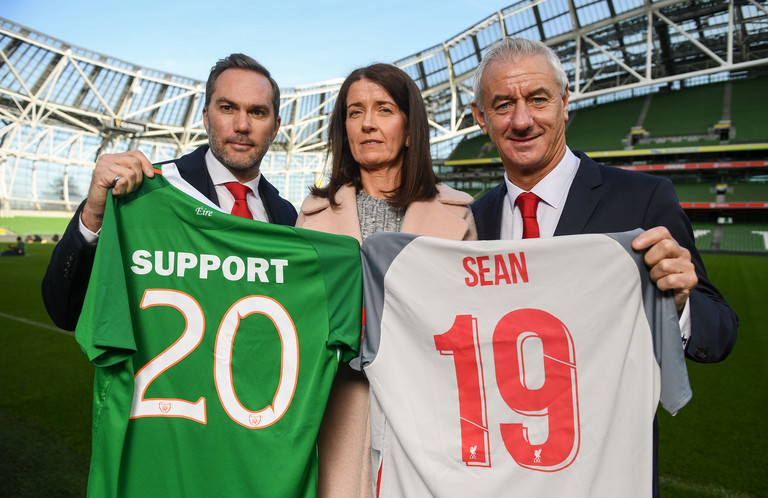 The event will see a team of Liverpool legends will travel to the Aviva Stadium in April to take on an Irish Select XI, managed by international manager Mick McCarthy.

Stars that have already put their names forward to play in April include Irish Assistant Manager Robbie Keane, and former Liverpool and Ireland greats John Aldridge and Jason McAteer.

Ex Liverpool defender and Sky Sports pundit Jamie Carragher has also lent his support to the Sean Cox Rehabilitation Trust in recent weeks, matching the £11,000 raised at a supporters fundraising event for the Irish Red.

Martina Cox, Sean's wife, speaking at the launch of the Aviva charity match, was able to point to the 'encouraging progress' that he has made over recent months, despite the Royal County native still needing round-the-clock attention for the foreseeable.