Little Ronaldo picked his all-time Champions League Dream Team XI and he's clearly been impressed by many of the boys at Stamford Bridge over the years.

Three Chelsea stalwarts have been crowbarred into his team, on along with three Milan players. Four of the players on the team have done time in Madrid (albeit one only fleetingly) while just two of the team have played for Barcelona.

Cristiano Ronaldo is the most noteworthy omission. Ronaldinho, it emerges here, prefers his countryman Ronaldo Mark 1.

John Terry, Frank Lampard and Claude Makelele, are the three Chelsea players to make it and Ronaldinho reports that he told Rijkaard that Barcelona should sign Lampard.

Not a bad side, one that would certainly take some beating. 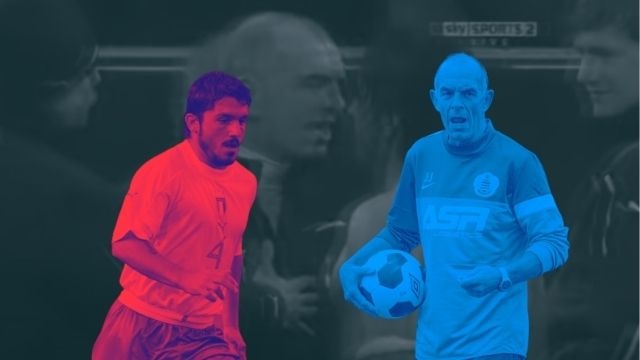 Football
6 hours ago
By Gary Connaughton
Quiz: Name Every Club To Play In Just One Champions League Final
Football
4 days ago
By Eoin Harrington
Quiz: Name The Only Player From These 20 Countries To Play In The Champions League Final
Football
5 days ago
By Eoin Harrington
Remembering The Best Same-Nation Clashes In The Champions League
Popular on Balls
Rugby
1 day ago
By Colman Stanley
Bundee Aki Apologises For Confronting Ref After Connacht Concede Late Try
Football
1 day ago
By Gary Connaughton
Report: Newcastle United Lining Up Move For Euro 2020 Star
Snooker
9 hours ago
By Gary Connaughton
Ronnie O'Sullivan Couldn't Get Over Stunning Mark Williams Escape Shot
Rugby
2 days ago
By Jonathan Browne
Who Is Karl Martin? Meet The Young Drogheda Man Making His Debut Against Leinster