Balls Presents: The Best XI To Play In Tallaght Stadium

Tallaght Stadium is open eight years as of February. There has been some serious talent on show at the home of Shamrock Rovers over that time.

This is an XI of the best players to play at the stadium.

Zieler spent six years at Hannover, including an impressive run of not missing a match for five straight campaigns. That included a trip to Tallaght in the 2011-12 Europa League. Hannover were drawn against St.Patrick's Athletic in the third round of qualifying, and The Saints' Richmond Park was unsuitable.

As such, it was moved to Rovers' home ground, where the Germans ran out comfortable 3-0 winners. Zieler has a World Cup medal - and is a monster in FIFA.

There wasn't ever really any debate about this position. Four La Liga medals, three Champions League medals and the left-back that replaced Roberto Carlos in the Brazilian team.

It was a toss up here between Chiellini and Leonardo Bonucci, both of whom lined out during Rovers' clash against Juventus in the Europa League third round in 2011. They didn't have it all their own way, as the Hoops gave them a scare in a 2-0 defeat.

Okay, Bonucci probably should've been put in here, but damn it we needed variety. Vlaar came to South Dublin as captain of AZ Alkmaar during last year's Europa League game against Dundalk.

Nicknamed 'Concrete Ron', the Dutchman snuffed out Robbie Benson and Daryl Horgan in Dublin as his side escaped with a 1-0 victory.

Arguably the most under-appreciated of the Galacticos, he gets in ahead of Marco Motta and Tal Ben Haim because he's quite clearly a much better footballer.

We could hardly build the best XI to play in Tallaght and not include an actual Shamrock Rovers player. Duffer first appeared on the hallowed Tallaght turf with Newcastle, before signing for the Hoops last season. Currently, he's a member of the club's underage coaching staff.

Despite being just 28, Witsel has racked up almost 400 appearances in football. The Belgian midfielder tormented Ireland this time last year, and he did the same against Dundalk in the group stages last season.

Although he didn't make the Man United 'Done deal' XI, he gets a place in here as a fast, attacking midfielder - the oppositite of his central midfield partner. 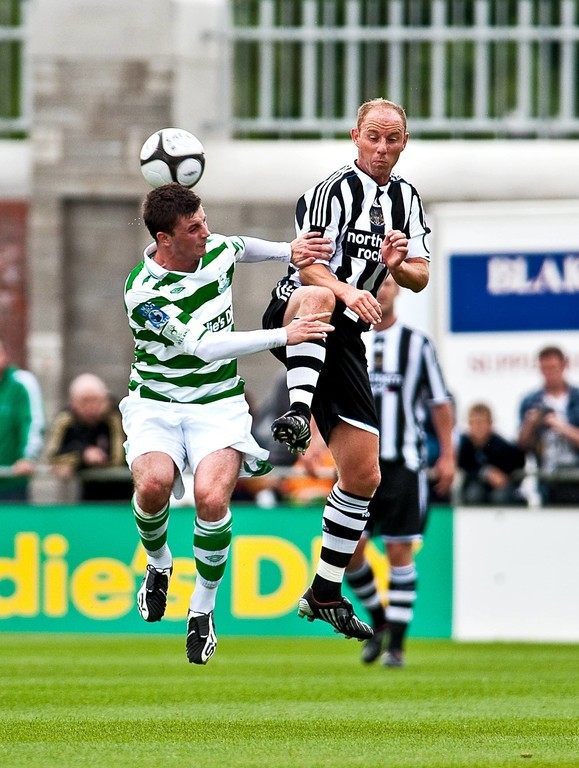 A treble winner with Man United, of course, he's in here. Butt was coming to the end of his career, but before he jetted off to south China and helped create the brand 'Class of 92', he missed a sitter against Rovers in 2009. And didn't do much else.

He was always going to appear on this list. Do we really need to explain why?

Someone even went to the bother of putting together a highlights video.

Considering this was Ronaldo's debut for Real Madrid, he can thank Ian Bermingham for the subsequent Ballon d'Or victories.

The great one only made an eight-minute appearance off the bench, but that still constitutes enough to get into our selection. In his final campaign with Juventus, Del Piero scored five times - one of those was a superb free kick in the home leg against Rovers.

Now, he made less of an impact in Dublin, but we can't leave Alessandro Del Piero out of this team.

He spun his marker and fired past Richard Brush as the clock ticked into injury time. It mattered little, as Spurs were eliminated anyway.

To think - if he hadn't had came on and scored, Jamie Vardy would've won the Premier League golden boot last year. 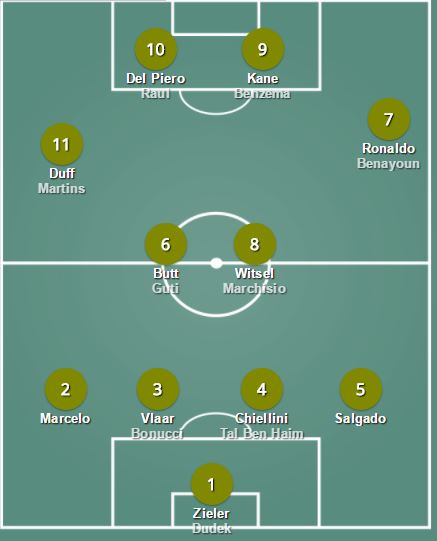