Ronan Curtis 'Had It Out' With Stephen Kenny After Being Dropped

Ronan Curtis says he and Stephen Kenny "had it out" after he was left out of the most recent Ireland squad for the games against Azerbaijan and Qatar.

The 25-year-old Portsmouth forward has won four of his seven Ireland caps under the management of Kenny. He scored 14 goals in all competitions last season but has just three so far this season.

"Putting on the Irish jersey is a proud moment for me and my family, so not being called up was disappointing," Curtis told Portsmouth.co.uk.

"But my mind is not on that right now, I’m trying to sort Pompey out and get us to be the best that we can. 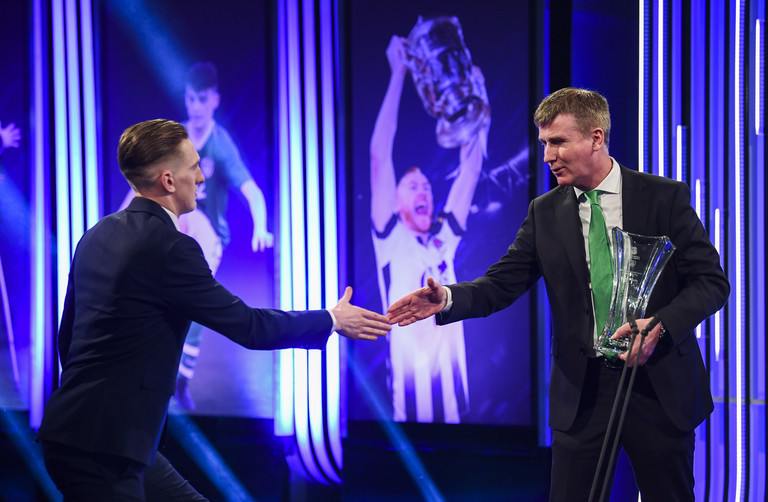 17 March 2019; Ronan Curtis receives the Men's U21 International Player of the Year award from Republic of Ireland U21 manager Stephen Kenny during the Three FAI International Awards at RTE Studios in Donnybrook, Dublin. Photo by Stephen McCarthy/Sportsfile

"To be honest, I was surprised at being dropped. I had scored a couple of goals and assisted a couple and didn’t get picked.

"But, to be fair to the lads, they did well when they were away and got the two wins. Hopefully next month we can get another couple.

"There were no harsh words involved, nothing like that. It was nice of him to ring to tell me that I wasn't involved before the squad came out.

"It was good management from Stephen Kenny, I have a lot of respect for him because of that.

"To get back I need to do the best I can on the pitch for Pompey and keep scoring goals, hopefully trying to get us promoted." 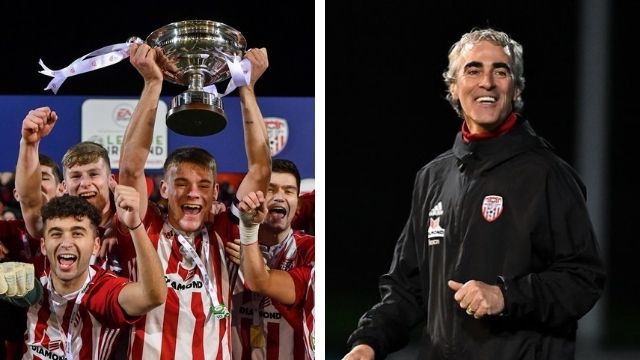