There is an argument to be made here that Ronnie Whelan is actually a viral marketing genius and that this was not a mistake on his part.

Ronnie posted a sponsored tweet for Bulmers on Wednesday night. Though forgot/chose to omit part of the message which had been sent to him - presumably by the Bulmers PR team - regarding the posting of the tweet. 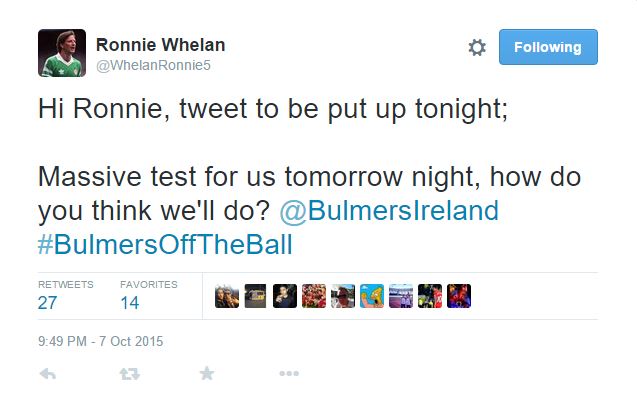 There's no doubt that this screengrab is going to get more attention for Ronnie and Bulmers than any amended tweet.

See Also: The Statistically-Proven Premier League Team Of The Week