While they have taken four points from their opening pair of fixtures at Euro 2020, there is a sense that a big performance will be required in their final group game against the Czech Republic.

Their showing against Scotland was particularly poor, with Gareth Southgate's side lucky to emerge from the game with a point.

After months of buildup in which it was frequently suggested that England could win this tournament, it did not take too long for the Wembley crowd to turn on their players on Friday night.

Boos rang out around the ground on the final whistle, while captain Harry Kane's post-match interview on the stadium's big screen was also met with a chorus of jeers after his lacklustre start to the tournament.

Speaking on the RTÉ's Soccer podcast, Ronnie Whelan said that he thinks England should drop Harry Kane for the game in midweek in order to inject some life into their front line.

They're struggling up top with Raheem Sterling and Harry Kane not doing at awful lot. Phil Foden and Mason Mount didn't play well against Scotland.

Liam Brady and Didi Hamann touched on it that it could be weighing him down or is he struggling with the ankle injury.

He also hasn't had a lot of service as a centre-forward, he has been dropping into midfield to get a kick or two which is not where you want Harry Kane. You want him up forward and in and around the box.

The speculation, the price tag, maybe being frightened of getting more injured and not being able to get the move away, I think the whole thing is weighing him down. I'd take him out of the team for the next game against the Czechs...

Kane is not doing enough so it isn't going to be a huge thing to leave him out. He can be brought on later if needs be. If he is not scoring and not contributing, you have to look somewhere else.

However, Gareth Southgate has already said he will be persisting with his captain for that game.

Gareth Southgate spoke to @gabrielclarke05 about England's captain ahead of the final group game vs Czech Republic🗣#ITVFootball #Euro2020 #ThreeLions pic.twitter.com/6XGT69j6Lk

There will be plenty of pressure on England going into that fixture, even if their place in the last-16 is already all but assured.

The crowd could get a bit frustrated if they start slowly once again, with Whelan believing we saw a real change in attitude from their supporters in the Scotland game. It is something he believes could affect some of their less experienced players.

The thing I noticed against Scotland was the English crowd started to turn on them very, very quickly. We've seen this before.

I don't know if the likes of Foden or Mount have seen it. They will struggle if the crowd are not getting behind them.

They are playing two in midfield holding with Phillips and Rice and you wonder is it needed. It's England playing at Wembley. They could put one in there instead and put Grealish on instead of Phillips or Rice.

They could start to attack more then. They ran out of ideas against Scotland. They didn't look like a unit. 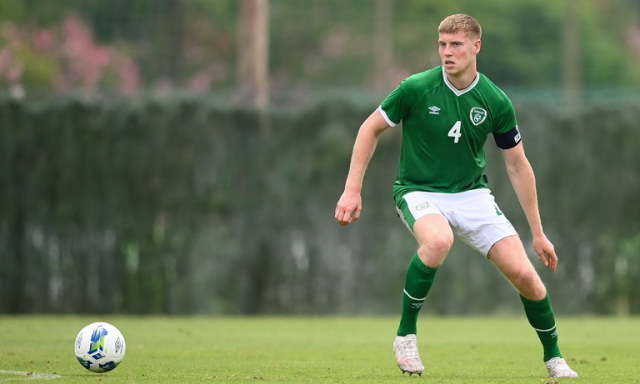