Rory Best believes that as a national anthem for Northern Ireland football teams, God Save The Queen is "not very inclusive".

The former Ireland rugby captain was speaking on UTV documentary Game Of Two Halves which aired on Tuesday. Best, who comes from a Protestant background, said he considers himself to be from Northern Ireland, that his passport says he's British, but that he always wanted to play rugby for Ireland.

"You could liken it to the way Irish rugby was pre-Ireland's Call," said Best.

"For me, it's potentially not the way an anthem should be. I understand that God Save The Queen is Northern Ireland's anthem because we're part of the United Kingdom.

"It also always strikes a chord with me that's what you hear when you're in Twickenham, and you're getting ready to play England.

"You don't want to say that you find it strange because it is the anthem of Northern Ireland, but in terms of everything that I've done in sport, it's been about including people. It's not very inclusive."

Regarding the use of Ireland's Call as the Irish rugby team's anthem, Best said: "It could be the worst song in the world, but it's about respect, and it's about making sure that no matter where you are from that there is a part of you in that song, there's an area that you're from in that song, and all that comes together to form Irish rugby."

Tonight's #GameOfTwoHalves deals with many issues about ⁦@NorthernIreland⁩ including this, the pre-match national anthem. More at 8pm on UTV. #GAWA pic.twitter.com/GyEnNvi9Fl

Football agent Gerry Carlile suggested that playing both God Save The Queen and Amhrán na bhFiann should be an option. IFA CEO Patrick Nelson said, "That's not something we've ever considered".

Actor Jimmy Nesbitt said if it was up to him, God Save The Queen, would not be played prior to Northern Ireland games.

Northern Ireland captain Marissa Callaghan has played in games against England where just one anthem is required.

"Northern Ireland don’t really have their own identity. As a Catholic player, unfortunately I don’t get that experience of standing tall and singing the anthem as loud as you can."

Former Northern Ireland manager Michael O'Neill believes that the anthem put his teams at a "disadvantage" in games.

See Also: Fitzgerald Is 'Amazed' That Tadhg Furlong Is Not In World Player Of The Year Running 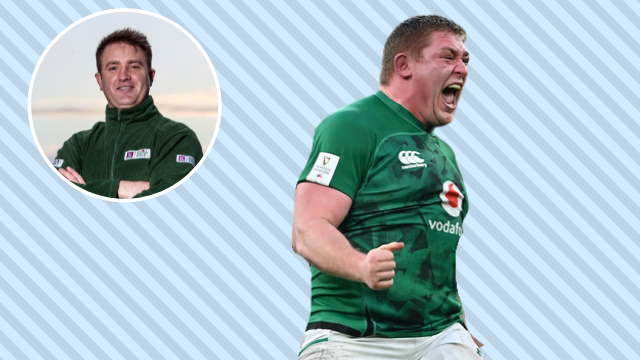