The Ireland U21s beat their Australian counterparts 2-1 in a Marbella friendly on Wednesday.

Ireland's winner came in the 90th minute from substitute Ross Tierney. The Bohs player - who was making his U21 debut - had entered the action just two-and-a-half minutes earlier.

Though it was Tierney who put the ball in the net with a clinical header, much of the credit for the goal must go to Tyreik Wright. The Aston Villa player, who came on as a substitute after an hour, took possession in the left-back position, burst forward, and sent in a perfect cross for Tierney.

Ireland had taken the lead in the 56th minute after Australia's Jay Rich-Baghuelou put the ball in his own net after a cross from Conor Noss. Another Bohs player, Andy Lyons, deserves credit for a super pass which played in Noss.

The goal that gives Ireland the lead

Ireland's lead lasted until the 74th minute when Ramy Jajjarine scored a superb equaliser for Australia.

The game was Ireland's second of a 10-day training camp in Spain. They lost 2-0 to Switzerland on Sunday. Ireland play Denmark in another friendly on Saturday.

A great strike gets Australia back on level terms ??

Ramy Najjarine with a stunning effort that punishes Ireland for getting caught playing out from the back ?#AUSIRL pic.twitter.com/IgrIeokgO2 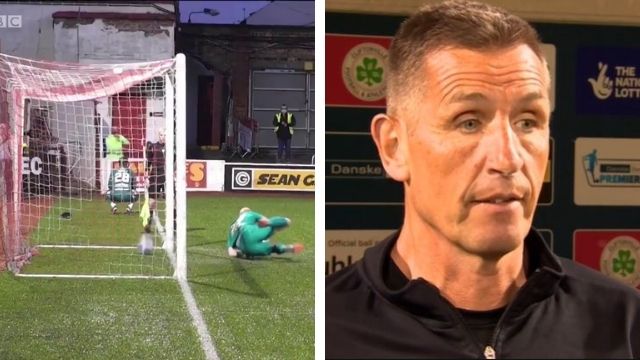 Football
1 year ago
By Balls Team
Ireland Name Incredibly Strong 25-Man U21 Squad For Training Camp
Football
2 years ago
By Maurice Brosnan
'It Was About Guts. It Was About A Young Team Showing Determination'
Previous Next

Football
1 year ago
By Sean Meehan
Ireland U21s Will Face Italy And Sweden Again In Qualifying For 2023 Euros
Football
1 year ago
By Balls Team
Ireland Name Incredibly Strong 25-Man U21 Squad For Training Camp
Football
2 years ago
By Maurice Brosnan
'It Was About Guts. It Was About A Young Team Showing Determination'
Popular on Balls
Rugby
2 days ago
By Colman Stanley
'That Pace, That Intensity, That Organisation' All Black Legend Has High Praise For Leinster
GAA
2 days ago
By PJ Browne
Cusack Has Little Sympathy For Gearoid Hegarty After Red Card
Football
10 hours ago
By Colman Stanley
Wagatha Christie Trial Sheds New Light On England's Euro 2016 Disaster
GAA
16 hours ago
By PJ Browne
GAA President Explains Why Tailteann Cup Won't Be All-Ireland Curtain Raiser