Generally, everything that could go wrong did go wrong, with spin-doctor Alistair Campbell among those leading a large group of people into something which they were ill-prepared for and would be haunted with for the rest of their lives. (Again).

Not everyone assumed that the nightmare would unfold as it did, with Clive Woodward confidently saying that this enormous 44-man squad was the best prepared Lions group, ever. They realised the contempt the All Blacks had for all of this by the end of the first Test, and by the end of the series they were sent packing 3-0.

The Sunday Times featured a mini oral history of that ill-fated tour, as Shane Horgan and Lawrence Dallaglio dared to delve into the presumably long suppressed memories of that tour.

He reveals that the squad bumped into Roy Keane ahead of departing for the tour, and Keane was in no way confident on the tourists' behalf:

Shane Horgan: Before we left for New Zealand, we were staying in the same hotel in Wales as the Manchester United team, who were there for the FA Cup final against Arsenal.

We fell in with some of the players, and asked Roy Keane what he thought our chances were...

Lawrence Dallaglio: "3-0 to New Zealand, you're gonna get smashed". Part of me knew what he was saying was true but it's one thing thinking it, it's another to be so blunt in saying it.

Shane Horgan: There's a social convention where you tone down that kind of thing but he was in full Roy mode. It wasn't very inspiring. 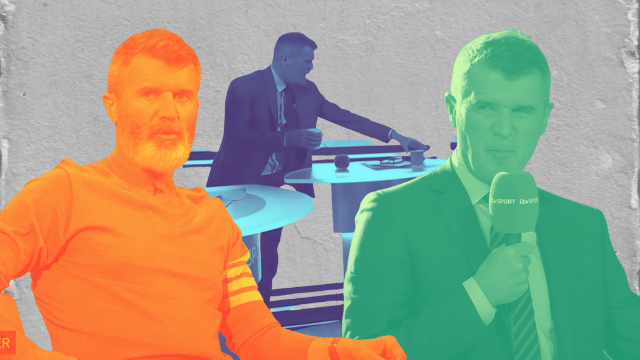