Manchester United threw away points in the Premier League on Saturday evening, as they slipped up from a 2-0 lead to allow Aston Villa to snatch a 2-2 draw. Roy Keane praised United man Bruno Fernandes, who scored both of their goals - but once had questions for the side's defensive midfielders.

Keane has never been a huge fan of the defensive midfielders on offer from Old Trafford, and he once again questioned the quality of the likes of Fred and Nemanja Matic in his post-match analysis.

It looked as though Manchester United were finally beginning to show signs of the new systems Ralf Rangnick has spoken much about since arriving as the club's interim manager in December. The first half against Aston Villa on Saturday evening saw more intensity from his side, and their captain on the night Bruno Fernandes gave them an early lead after a shocking mistake from Villa goalkeeper Emiliano Martinez.

Fernandes has struggled for goals this season but, even with United's energy wilting in the second half, he came up with an excellent second goal to put his side in the driving seat.

His team's defence would go on to capitulate, letting in two late goals to allow Villa to snatch a 2-2 draw. Appearing on Sky Sports after the game, Roy Keane said there was much to appreciate about Bruno Fernandes' performance - but questioned those alongside him in the midfield.

His two goals, his composure, his decision making. I liked a lot of stuff. We know he's a goal threat, we know he's got plenty of assists...we can analyse sometimes what players can't do, but he does a lot of good stuff, he does a lot more good than negative stuff.

I think he'd want the team to improve, and that's where his leadership has got to come into it. But on the bus back tonight he'll be thinking, 'I've scored two goals.' That's pretty good!

In a team, the whole idea of playing with different lads is that they have different strengths and weaknesses. We know what Bruno's are, there's parts of the games he's not great at - there's other lads in the team, Fred and Matic, to do that side of the game. They didn't do that. I'd be more critical of them than Bruno.

If I'm Bruno, I'm thinking, 'lads, I'm doing the business going forward, you still need the other lads who are defensively better to do their jobs.' The lads in midfield didn't do that well enough when they were under the crunch.

It was hard to argue with Roy Keane. Most of Aston Villa's attacking play came from play through the middle, and Fred gave the ball away on several occasions. Despite some impressive performances recently, question marks continue to surround the Brazilian.

Jamie Redknapp had an interesting alternative take on Fernandes, suggesting that the different system used against Villa, without Cristiano Ronaldo, favoured Fernandes' play.

I think he's got to play central. This system they have with Cavani and Ronaldo where he has to play on the right side or the left side, and then you're asking him to come out and control the full-backs from the opposing team - it doesn't suit him.

He's got to play where he can dictate the play and pass the ball.

The system before is not right for him - he's got to play in central areas, I think he looks a lot better, more composed, and he will find more space.

With so many superstars to juggle, it's been tricky for Manchester United to find the right system going forward this season, and it remains to be seen where Bruno Fernandes will be played in the closing months. 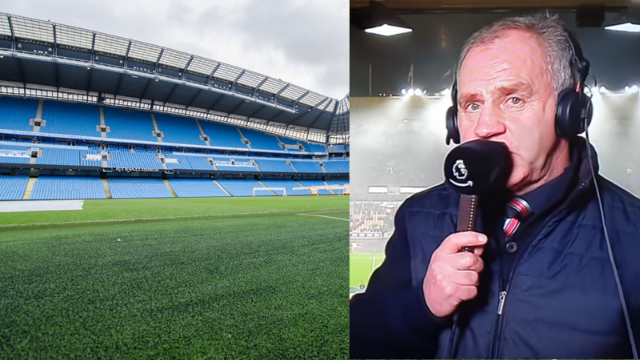