The Corkman would always have a night out after a game while at Nottingham Forest and in the early years of his career at Old Trafford, but that stopped around 1997.

In the early noughties, he took his diet to an unhealthy extreme. His body fat percentage dropped to "four-point-something", he told Gary Neville in a wide ranging conversation on his YouTube channel The Overlap.

"If you remember towards the end of my career I was kind of gaunt looking in some of the pictures," said Keane.

"I was picking up more injuries, dead legs. I was cold all the time. After 15 minutes in the dressing at half-time, I'd be freezing because I had no protection.

"Giggsy and a few of us went to a health place in Milan with Laurent Blanc. I remember the woman giving us advice about our diet. The lads told me before I went to Milan that I wouldn't be fed for four of five days. I went, 'That can't be true' but we didn't get fed for four or five days.

"We were talking about carbohydrates, proteins. I remember the lady saying to me that I needed to cut back on my iron, be careful with red meat. So I stopped eating meat altogether.

"I remember missing a game for United against Arsenal. The doctor came and I had a blood test. He went, 'You need to sort yourself out, start eating properly'. My mother said the same. She came over from Ireland.

Roy Keane: 'I was trying to live like an Italian'

"I was trying to live or act like an Italian or French player. It was the lads in the dressing room like Mikael [Silvestre], Laurent Blanc, and Fabien [Barthez]. I used to be looking at them, and they'd be doing stretches and eating salads all the time.

"I was thinking, 'You know, maybe I'll try some of that' because I was just eating bread, potatoes and pasta. I was still having a half decent diet. I forgot what I'm about. I'm Irish, I like my bit of rubbish. That was what suited me." 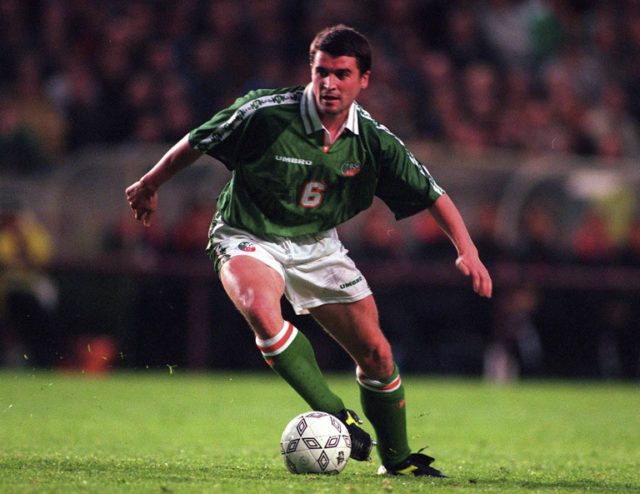 21 May 1997; Roy Keane during a World Cup 1998 Group 8 Qualifying match between Republic of Ireland and Liechtenstein at Lansdowne Road in Dublin. Photo by Brendan Moran/Sportsfile

Keane said something triggered in his mind around the time of his injury which told him he needed to stop drinking.

"My time at United, same at Forest, no one needed to invite me for a night out or a drink - I used to love it," he said.

"To me, that was part of the package. I had that kind of mentality from Ireland. I played in the League of Ireland and it was ‘win or lose you hit the booze’. All that stupid carry on.

"[I was] maybe 17 or 18 [when I had my first drink]. Lads I knew were drinking at 15. I was all about football. I started playing League of Ireland. That was like men's football when I was 18. What happened after a game in League of Ireland was people go for a few pints, and I fell into that.

"Then when I'm at Forest, I'm a professional footballer and I'm getting decent money, happy days. I was a bit younger and I got away with it.

"I fell out with [Alex Ferguson] a few times. That was my way of relaxing. People took up golf, snooker. Mine was going out enjoying myself.

"After a game on a Wednesday, we'd all go into Manchester, go to Chinatown. We'd be having a Chinese at about four or five in the morning. Forget about the fact that we have a game on the Saturday. That all catches up with you.

"If someone said to me after a Wednesday game, 'Are you going home for a bite to eat to refuel for Saturday?' I'd say, 'No. I'm going into town'. I'd be thinking that they're the lunatics.

"I thought I had to go out and drink as much alcohol as I possibly could. Then Thursday morning would come around and I’d think ‘I better get ready for Saturday’. That was the life.

"I'd have guilt for going out. On Saturday, I'd be thinking that we better win. We had to win matches and trophies to justify the life we were living.

"Alex Ferguson pulled me in many times and he’d say ‘You were out in Manchester and you got a taxi at 2.30 yesterday morning’, and I’d go ‘Yeah I did. It’s not breaking the rules because it’s 48 hours [before a match], which is in our contracts’.

Keane added: "I think I'm good fun now when I go out sober. I do! I think I have as good craic now as I did [when I was drinking].

"When I was with United or with Ireland, and I'd go out, people used to go 'He's a lunatic when he's drinking. He's a bit of a timebomb. Be careful'.

Mockery, Fake Accounts And Rage: The Inside Story Of How Player Ratings Are Received 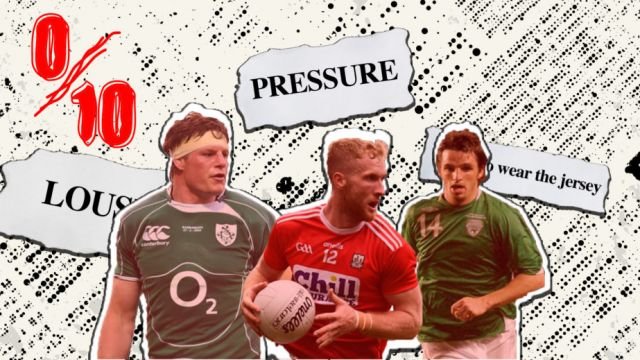