England are in a fantastic position to make a deep run at Euro 2020. Having dispatched Germany in the last-16, they have found themselves in what is generally considered the friendlier side of the draw.

In order to reach the final, they will need to defeat Ukraine in the quarter-final before beating Denmark or the Czech Republic in the semis. While there is no guarantee of a good result, England would be favourites against all of those opponents.

They will certainly be strong favourites to beat Ukraine, a team many are very surprised to see at this stage of the competition.

In fact, some in England have suggested that Gareth Southgate even rest players for that fixture with one eye on the semi-final.

Declan Rice, Kalvin Phillips, Harry Maguire, and Phil Foden are all one booking away from a one-match suspension and it has been said Southgate could look to leave those players in order to have them avaiable for the next round.

However, Roy Keane said such suggestions should be ignore.

Speaking on ITV this afternoon, the Irishman said that resting players for such a big game is a needless risk.

I wouldn't be look too far ahead. I think Gareth's personality is a big help to this England group, without a doubt. He's so calm and with some of the interviews with the players, you can only look at the next game.

Your next game is always your hardest game. The fact that they're keeping clean sheets, they've got strength in depth with players coming off the bench and having an influence, we saw that with Grealish the other day.

Kane could be up and running now with his goal...

I just look at the next game. This idea of resting players in the quarter-final of a big tournament, that's a dangerous route to go down.

Gareth has to focus on picking the best team to get them over the line and he's done a brilliant job so far.

This idea of resting players, that's a dangerous route to go down.

Such a move would definitely have the potential to come back to bite the England manager should things not go their way.

Graeme Souness agreed with Keane's assessment, also believing that Southgate should attempt to bring his players back down to earth by pointing out that this was a German team that has had its fair share of recent struggles.

There's euphoria surrounding the Germany result, they've got that particular monkey off their back by beating them eventually in a competition.

As a manager you're forever looking for ways to bring your players back down to earth: playing everything down, they've done nothing yet. He has said all the right things.

Go back to the 17th of November last year and point out Germany's result against Spain (a 6-0 loss), that would bring you down to earth pretty quickly if you were a player.

It's all about keeping that focus. It's not about leaving players out because they've got a yellow card.

Your next game is the most important one. You've got to get through that, and then you think of what problems you've got going into the next one.

It will be interesting to see if Southgate will stick with the team that earned them the win over Germany. 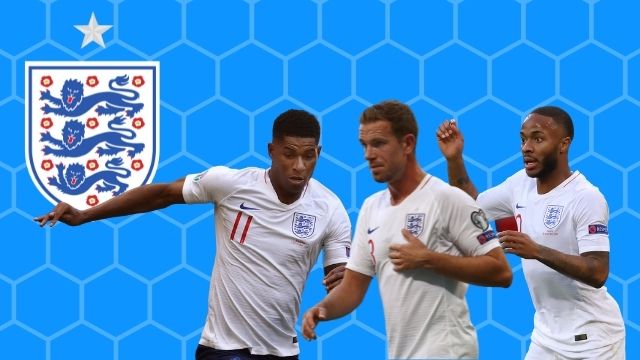 Football
3 weeks ago
By Gary Connaughton
Quiz: How Well Do You Remember The Euro 2020 Final?
Football
3 months ago
By Jonathan Byrne
90 Arrests Made By Police For England Fan Behaviour At Euro 2020
Football
3 months ago
By Conor Breslin
Bonucci Says Declan Rice Comments Gave Italy Extra Inspiration
Popular on Balls
Golf
1 day ago
By PJ Browne
Shane Lowry And Rory McIlroy Delighted For Seamus Power
GAA
1 day ago
By PJ Browne
'It Was Crazy, We Were Still Hurling With St Kieran's College At The Time'
Football
22 hours ago
By Jonathan Byrne
Remembering Jimmy Bullard's Timid Big Dunc Stare Down From 2006
Football
1 day ago
By Jonathan Browne
Scott Brown Really Enjoyed Playing Against Rangers Last Night