'Darren's An Experienced Goalkeeper, But He Doesn't Play Week In, Week Out'

Roy Keane suspects that a lack of first team football may have been at the root of Darren Randolph's error which led to Fredrik Jensen's winner for Finland against Ireland on Wednesday.

"They gave a shocking goal away tonight," Keane told ITV.

"That's well and good, whatever the manager's philosophy is, if he wants to play out from the back.

"This comes down to decision making from players.

"Ireland are away from home, they're under pressure. Just relax. You've got an experienced keeper in Randolph. It's a bad decision and even worse execution. Crazy.

"Credit to Pukki, he's alive to it. Ireland get punished for it. That's what happens in top level sport.

"Darren's an experienced goalkeeper, but he doesn't play week in, week out. He's a number two and sometimes that sharpness isn't there."

The game saw Ireland fail to score for the fourth consecutive game under Stephen Kenny. Shane Duffy's headed goal from a Robbie Brady corner to equalise against Bulgaria in September remains Ireland's only goal during Kenny's time in charge.

"Listen, we keep saying it over and over again, it's not just over the last five games, the last number of years, scoring goals has been very difficult for Ireland," said former Ireland assistant manager Keane.

"They are creating chances. One goal in the last five games and that was from a set piece. It puts you under huge pressure. You have to find a way to get a result."

David Meyler: 'If I Was In That Changing Room, I Would Be Annoyed With Players' 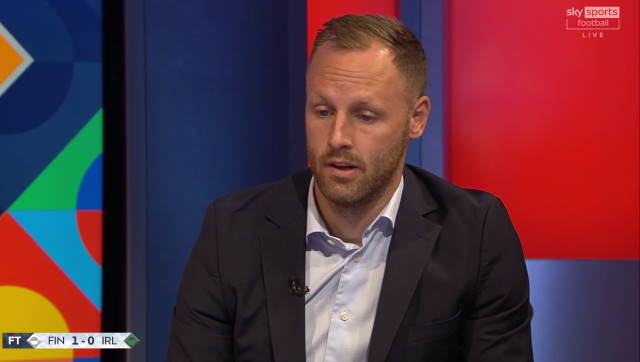