Considering the drab nature of the action on the pitch, it is not surprising that the most entertaining aspect of this evening's Manchester derby was the post-match analysis.

Roy Keane, Micah Richards, and Gary Neville were on hand to give their thoughts on the match and on the long-term futures of the teams involved, providing some very interesting opinions.

Keane was predictable in his analysis, saying he was unhappy with the lack of edge of friendly nature of the players involved in the game.

However, the best moment of the Sky Sports coverage came when the Irishman had a cut at one of his fellow analysts.

The former Manchester United player was recalling how he never wanted to be rotated during his playing days when he managed to fit in a not so subtle dig at his old teammate Gary Neville.

"You were the only right back at the club!"

This was absolute gold from Roy Keane 🤣 #MUNMCIpic.twitter.com/oHyBgqcXdy

Keane: I always say, when you're at a big club the players pick the team. You train all week, you play and eventually the manager says 'I have to play him'.

That was my mindset when I was playing for the club: 'squad rotation and all that is great, but don't be rotating me'. I've got to play in the team and hopefully I can bring something to the team.

Chop and change some other lads, Gary [Neville] and one or two others but leave me to it.

Neville: I was a stalwart at right back I'll have you know.

Keane: You were the only right back at the club to be fair, they were stuck with you!

To be fair, all three pundits in the studio today are usually very entertaining when they are on screen together. 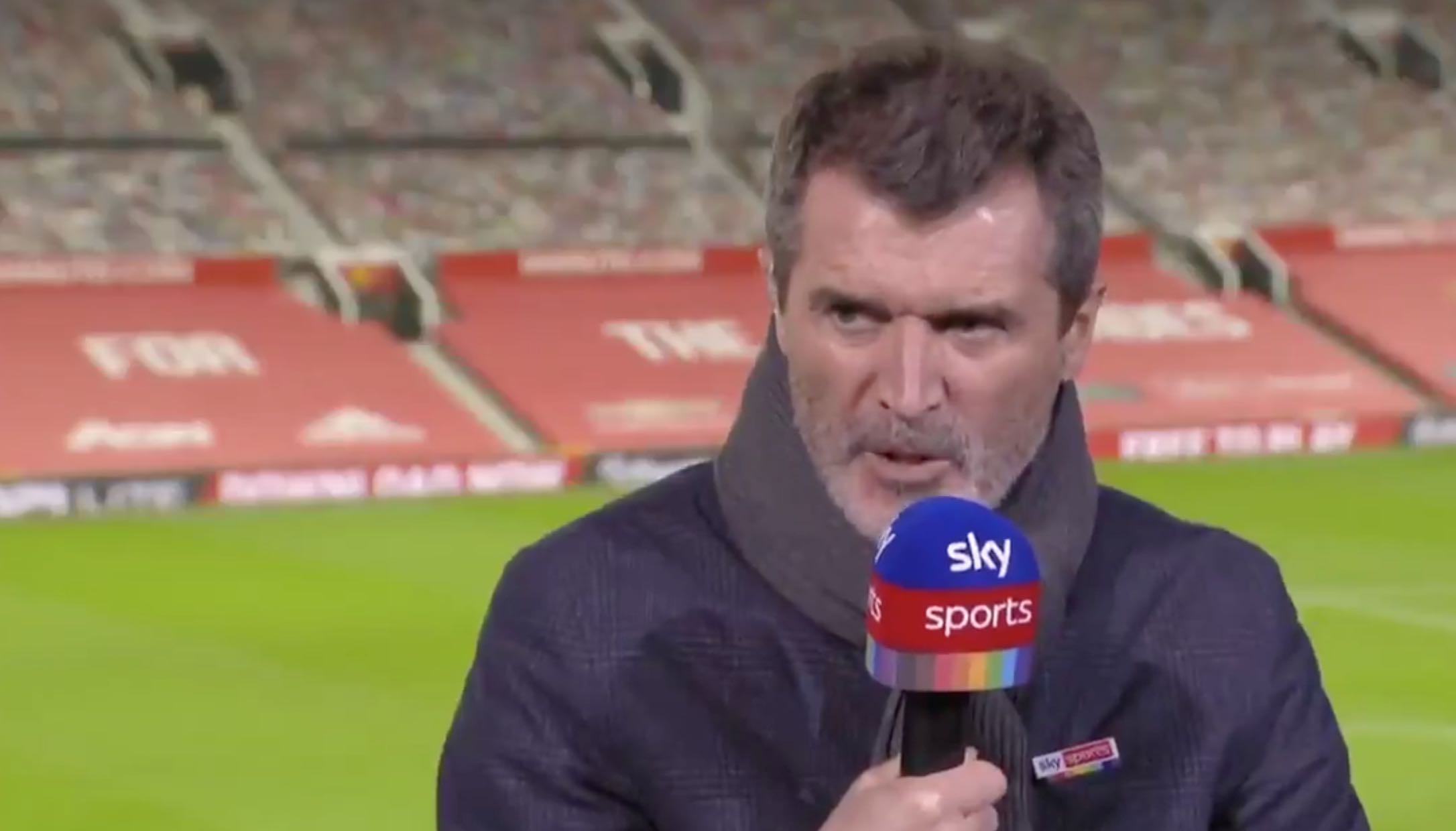 Football
2 weeks ago
By Emmet Bradshaw
8 Times When Football Commentators Got Lost In The Moment
Football
3 weeks ago
By Gary Connaughton
Gary Neville Dismisses Chances Of Manchester United Title Challenge
Football
1 month ago
By Gary Connaughton
Gary Neville Believes Manchester United's Title Hopes Rest On Paul Pogba
Popular on Balls
Premier League
13 hours ago
By PJ Browne
Quiz: Name Every Team Relegated From The Premier League In The 90s
Football
10 hours ago
By Jonathan Byrne
Peter Crouch's Stories of Being David Ginola's Bootboy Are Comedy Gold
Rugby
9 hours ago
By Balls Team
Quiz: Name The 25 Players With The Most Six Nations Appearances
43