Netherlands and Ukraine played out the most thrilling game of the European Championships thus far on Sunday evening. A game scoreless at half-time finished 3-2 to the Dutch.

Netherlands jumped into a 2-0 lead shortly after the break, but Ukraine drew level with just over 10 minutes to play. In the 85th minute, Frank de Boer's side won the game through a super Denzel Dumfries header.

"They were so enjoyable," Roy Keane told ITV, before quickly dismissing Dutch chances of winning the tournament for the second time.

"We had good craic here watching it. Brilliant to watch in terms of entertainment but Holland at the back, Ukraine at the back, forget about it for the latter stages of the competition - they'll be found out by the real top teams.

"They found a way to win but what frustrates me, makes me angry, is we're talking about team shape, but this is about international footballers not doing the basics of football, covering the ground five or 10 yards."

Gary Neville was of a similar view to Keane.

"They could gain some confidence but there looks to be so much work to do to get that structurally right to play against the top teams," said Neville.

"I'm with Roy, I don't think they're [going] anywhere in this tournament." 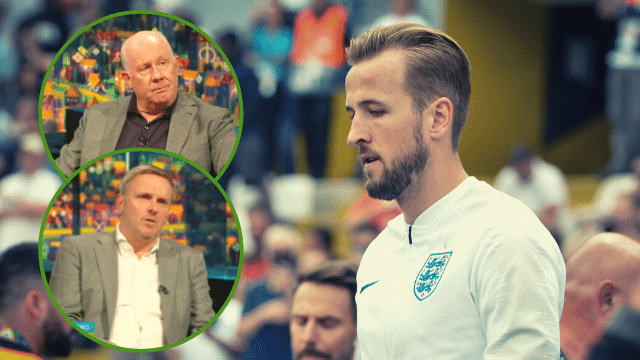