While the security presence outside Old Trafford has been substantially beefed up ahead of tonight's clash between Manchester United and Liverpool, fans will still be turning up to protest the ownership of the Glazer family.

The scenes at the ground a couple of weeks ago forced this fixture to be postponed, with the anger of the supporters set to carry on for some time yet.

You can understand where they are coming from. The Glazers have continually ripped money away from the club without putting any in, also allowing Old Trafford and other aspects of the club to deteriorate beyond belief over the last decade or so.

What the supporters will achieve with these protests remains to be seen, although Roy Keane believes they hold plenty of power in this situation.

Speaking on Sky Sports this evening, he went against Graeme Souness' view that these incidents would have little impact on the club going forward.

🗣"Do you think people will stop coming here?"

Roy Keane & Graeme Souness debate how the Manchester United fan protests will impact the club and if fans will boycott home games next season #MUNLIV pic.twitter.com/sLb44ms1vz

Souness: I think you can forget having independent directors on the board, forget getting the structures of the voting rights changed, that ain't going to happen.

These are powerful people. They've drafted the agreements when they bought this club that all the power rests with them. They're the ones that make all the decisions.

Keane: But Graeme they've had peaceful protests before. I wouldn't underestimate the power of the United fans regarding it.

The damage they are doing to the brand will hurt the club financially and that's the only way they can get at the owners...

Souness: Do you think people will stop coming here to support the team in protest?

Keane: I think will still want to support the team, but we saw in the interview that United fans are properly frustrated. It has been building for a number of years now.

We said a couple of weeks ago that this was the tipping point, so I wouldn't underestimate United fans. I think there is more to come.

Souness: If boycotting coming here is the only answer, I think that will only last a few weeks...

How long would that boycott last for? They will want to see their team playing. I can remember this team when I was a player, they went into the second division. You couldn't get a ticket or seat to come in here.

Once again, Graeme Souness seems to have missed the point here. He was heavily criticised for his comments before the originally scheduled fixture, saying that the United fans would not be protesting if results had been more favourable on the pitch.

His comments about crowds at second division games in the 1970s seem to hint to that point once again, saying fans won't stay away from the club in protest. He may be right, although this is about far more than the actual football.

The supporters could well choose to boycott games despite their love of the team.

This followed on from Keane's comments earlier in the broadcast that these protests were only likely to get worse in the weeks and months ahead.

🗣"Things will get a lot worse yet."

Roy Keane reacts to the current mood at Manchester United and the future of the Glazer ownership at the club #MUNLIV pic.twitter.com/uVzyBoZxcm

It certainly is clear what side the former United captain is on.

SEE ALSO: Troy Deeney Has Been Full Of Praise For A Young Irish Prospect At Watford 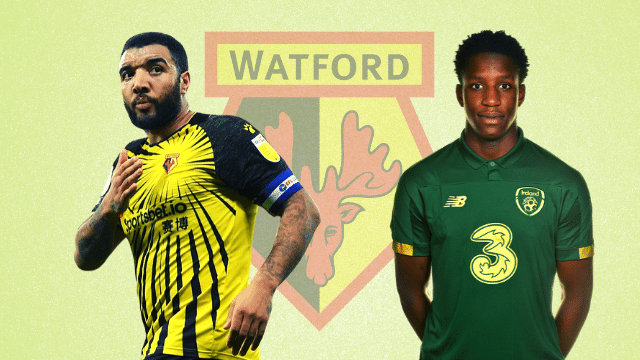