Roy Keane Has No Sympathy For England's COVID Issues

Mason Mount and Ben Chilwell will be missing for England tonight against the Czech Republic after being deemed close contacts of Scotland's Billy Gilmour. Gilmour tested positive for COVID after Scotland's draw with England on Friday, and the situation has brought much confusion - but Roy Keane is having none of the English response.

Mount and Chilwell were declared close contacts because they were locked in conversation with Gilmour in the tunnel after the game for over 20 minutes. The questions surrounding the situation have largely centred around why Mount and Chilwell were forced into self-isolation, but none of Gilmour's Scotland teammates were.

Mason Mount and Ben Chilwell are forced to self-isolate after ‘close contact’ with Billy Gilmour after the full-time whistle.

Yet not a single Scotland player is self-isolating ahead of their game.

The reaction from the footballing world has been largely sympathetic to the two English players, who were unfortunate to be caught up in the COVID storm. Roy Keane was on punditry duty for ITV before England's game with the Czech Republic, and he was having none of it.

The only thing I'd be critical of is why would you wanna speak to an opposition player - I don't care if he's your teammate or not - for over 20 minutes? I very rarely speak to anybody for over five minutes.

After a game where you've been to war with somebody, why would you want to chat to somebody for that long? They could have used a bit more common sense.

Even with such a line, Roy wasn't finished. Host Mark Pougatch couldn't resist the chance to throw Keane a curveball, as he asked him: "I hope your wife gets more than five minutes chat with you?"

Keane's fellow pundit, Ian Wright, lamented the absence of Mount in particular, but said that his absence presented a big opportunity to Jack Grealish, who has so far been left out in the cold by Gareth Southgate.

Wright: [He can bring] a little bit of thrust, a little bit of imagination. Somebody who wants to get on the ball, somebody we needed to get on the ball and be brave - I remember Roy saying it in the qualifiers about being brave. He's somebody, alongside someone like Phil Foden, in those areas of the field, it doesn't matter what's happening in the game - they want the ball and they want to make things happen.

There's been a lot of discussion about the nature of Mason Mount's absence this evening for England - but we think Roy Keane's stance is our favourite yet. 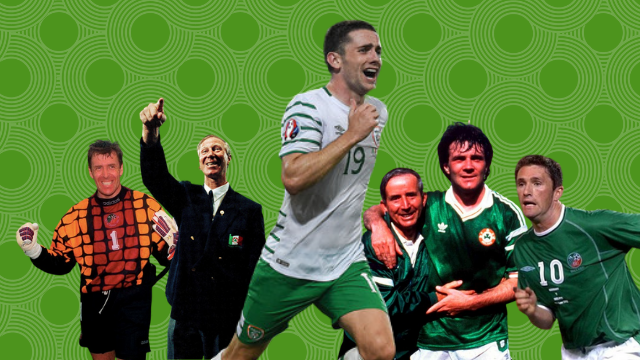