There are few bigger indignities in football than being substituted in the first half of a match.

A player has to be really stinking the place up for a manager to take them off before the interval, as was the case in Arsenal's FA Cup tie against Nottingham Forest this evening.

The Premier League side performed poorly in the opening half of the game, with Nuno Tavares putting in an especially questionable display. His defending was all over the place and he gave the ball away on a number of occasions.

Mikel Arteta clearly wasn't happy, substituting the defender after only 35 minutes. The Portuguese man was not happy about the decision and made his feelings clear as he came off the pitch.

He threw his gloves on the ground and would not speak to the backroom staff.

Nuno Tavares is taken off. He’s fuming and throws his gloves to the floor. pic.twitter.com/I7KagUTqEg

Despite this, he didn't get much sympathy from Roy Keane or Ian Wright.

Speaking on ITV, the punditry pair slammed Tavares for his attitude after being substituted.

Wright: Look at his reaction. He is coming off and throwing his gloves off. I think this is the wrong manager to do that with, showing that kind of attitude.

He doesn't want to be touched. I think the disrespect he is showing at the minute is something Mikel Arteta won't like. He should be acting better after the performance he put in.

Keane: Why is he upset? He was in front of the manager in the dugout, he had been sloppy in everything he has done.

Okay a player can make a mistake, but that sloppiness is down to his attitude and the way he started the game.

You can't start a game like that or you will get dragged off.

Tavares may not have been happy, but he couldn't have too many complaints considering his performance up to that point.

As Wright pointed out, you'd imagine Mikel Artea won't take too kindly to his antics. It could be a while before we see him in an Arsenal jersey again.

SEE ALSO: Spurs Fans Have Had Enough Of Midfielder After Morecambe Antics 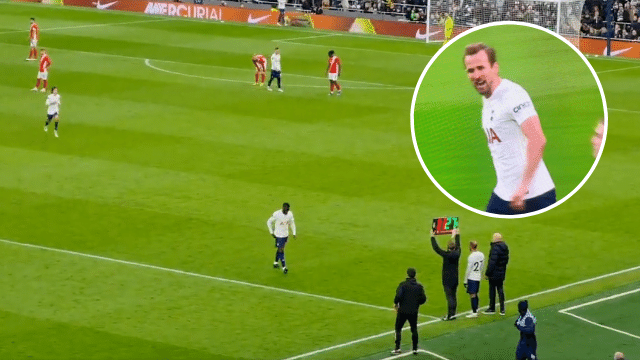