Ireland's goal drought passed the 11-hour mark on Wednesday night as Stephen Kenny's side played out a draw with Bulgaria in the final game of their Nations League campaign.

"You can see why [they haven't scored]," Roy Keane said on ITV's Nations League highlights show.

"Tonight, they had some really good chances.

"It comes down to a lack of quality. These lads play in the lower leagues in England and that’s not a great sign for Ireland.

"OK, there are players to come back but with the draw coming up and seeding being so important, people might look at where Ireland are now and think ‘well it can’t get any worse.’ I think it will. I think it will.

"Even the last few months, the opposition hasn’t exactly been that great but they just can’t seem to score a goal and it’s a real lack of quality."

Ian Wright could not understand Ronan Curtis's technique for what Keane called the "chance of the night". The Portsmouth forward blazed the ball over the bar from the edged of the box with only the Bulgarian goalkeeper between him and the net.

"He takes with the outside of his [right] foot when he has so much time to take it with his left foot and then just come onto it," said Wright.

"He's right-footed. It doesn't come off the outside of your foot naturally. You have to be a top player to do that.

"You just think, 'Why would you try and take it like that?' You want to give yourself the best opportunity that you can.

"They have some chances where the decisions were poor. They could be scoring goals but they just lack that quality in the last third."

'People might look where Ireland are and think well it can't get any worse!

I think it will.'

Roy Keane on a difficult time for Republic of Ireland#ITVFootball pic.twitter.com/diOfPnUOoD 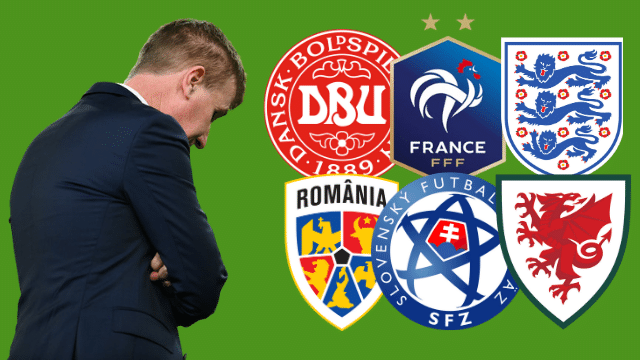