When it comes to discussing Cristiano Ronaldo's return to Manchester United, the debate is largely split into two camps.

Many outsiders believe it was a money driven decision by the owners, one that made little sporting sense and has actually inhibited the side on the pitch. On the other hand, the club's supporters are unwilling to accept that bringing someone the stature of Ronaldo back to Old Trafford may not have been the wisest decision.

Today's performance against Chelsea may have added more fuel to the former argument.

With Ronaldo in the starting lineup at Stamford Bridge, United looked like a far more cohesive unit. They closed down well and committed to the type of hard running that had so often been lacking this season.

It is probably no coincidence that this coincided with the Portuguese forward moving to the bench.

His signing was hailed as the next step in getting Manchester United back to competing for league titles, but the opposite has been the case. They now seem further away from winning the Premier League than they did last season.

As a result, Jamie Carragher has questioned why they signed him. However, Roy Keane insisted that Ronaldo was not brought back to the club to win the league for United.

This resulted in quite the argument between the pair, with things getting very heated in the Sky Sports studio.

Roy Keane and @Carra23 get very heated about why Cristiano Ronaldo signed for Manchester United 🤬 🍿 pic.twitter.com/GEPGBDNI5u

Keane: Ronaldo was never going to get United back to winning league titles.

Carragher: Then what was the point in signing him?!

Carragher: Yeah I did!

Keane: No, but he's not come back to win the league, he's here to win a trophy!

Carragher: What is he here for?!

Keane: When you won those trophies, were you not buzzing with that? Man United are a cup team at the moment.

Carragher: You just said 'Ronaldo never came here to win the league'. What are you at Man United for?

Carragher: Is that where Man United have gone, that they're happy with cups?

Keane: I'm not, but that's where they are at the moment. Look at the team and look at the league. They're not going to win the league for the next two or three years, I'll tell you that now.

Keane: They were never going to win the league, Ronaldo wasn't going to change that.

Carragher: So what was the point in signing him?

Keane: To win some trophies.

Incredible television and a massive argument even by Keane's standards.

Carragher certainly seems to have the more coherent point. You do not sign a 36-year old player on over £500,000 per-week in the hopes that he might help you win an FA Cup.

Then again, it is entirely possible that the United hierarchy had absolutely no interest in how he would help the team on the pitch and were more concerned about the revenue he would bring to the club.

Either way, Ronaldo is definitely not the missing piece that many of the club's supporters hoped he would be. 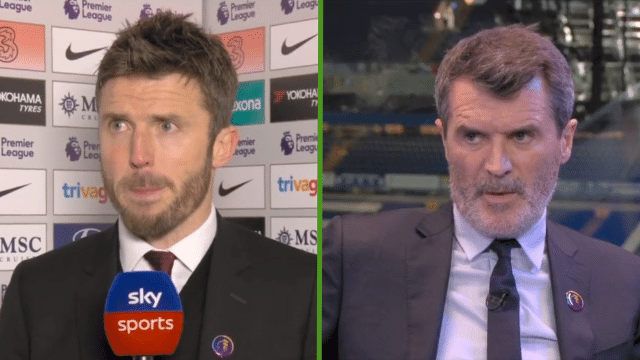