Roy Keane has made some headlines for his comments on Sky Sports over the last year or so, but this is probably the most upset we have seen him get with another pundit.

The Irishman got into a heated debate with Jamie Redknapp this afternoon during a conversation about the Spurs squad, with Keane insisting they weren't good enough to compete with the best teams in the league.

Redknapp disagreed, saying that the team had some top quality internationals in it. The former Manchester United captain wasn't too impressed with that claim, believing that international caps are certainly no guarantee of quality.

The conversation very quickly got heated, with neither man backing down from his opinion. Sit back and enjoy this one...

Things have got heated already on Super Sunday as the pair argue over Tottenham's form and hopes going forward.

Redknapp: I don't think it's an average squad, it's full of internationals. There's loads of quality in this team, I'm not sure that they're playing to their maximum...

Keane: That doesn't make them a good player Jamie. Playing for you country doesn't make you a top player, if you can trap the ball you can play for your country these days!

It doesn't make you a top player because you're an international. Dier has been giving goals away every week. Last week he gave a goal away.

Redknapp: He's been chopping and changing, playing with a different player every week. That doesn't help. I don't think Jose knows his best team. I don't think you can say this isn't a good squad, it's full of internationals...

Keane: If you trap the ball now you play for you're going to play for your country, everybody plays for their country. If you don't play for you country you're a bad player! That doesn't guarantee anything.

Which of this Tottenham team would get in the Liverpool, City, or Chelsea team? You wouldn't touch any of them, apart from Son and Kane...

They bring Doherty in. Doherty is playing for Wolves who have done well for the last couple of years and can compete. They sell him to Spurs for £15million, does anyone really think Doherty is going to make Spurs a top four team? Doherty, really?!

Poor Matt Doherty got caught in the firing line.

In all, it is difficult to disagree with Keane here. Outside of a couple of players, this Spurs team certainly lacks a lot of quality.

We're not sure that Jamie Redknapp will try to take him on live on-air again after this one. 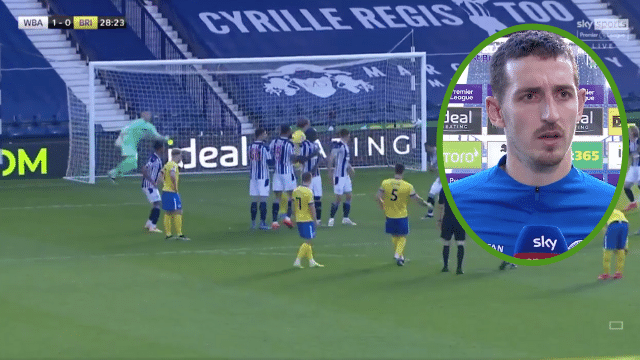 Football
5 days ago
By Jonathan Byrne
The Battle Of Old Trafford: Roy Keane On Why Arsenal 'Crossed That Line'
26

Football
5 days ago
By Jonathan Byrne
The Battle Of Old Trafford: Roy Keane On Why Arsenal 'Crossed That Line'
Football
1 week ago
By Eoin Harrington
Roy Keane Thinks Declan Rice Is The Answer To Man United's Problems
Football
1 week ago
By Balls Team
11 Of The Most Memorable On-Pitch Conversations In Sporting History
Popular on Balls
Golf
23 hours ago
By Jonathan Byrne
Sky Sports Ryder Cup Coverage Is Getting On People's Nerves
34