Former Irish international Jonathan Walters has responded to comments made by Roy Keane during the week.

Keane labelled Walters a "bluffer," during his appearance at the Off The Ball roadshow event in Dublin. The pair worked together at Ireland and Ipswich but Keane focused his criticism on the striker's punditry work.

Talks a good game. Then does the circuit, goes on the TV. How harsh he was treated by me, he's crying on the TV, family situation, he's the only one whose... do me a favour.

The reference to Walters' family situation came after he opened on the passing of his mother and brother, his wife's miscarriage and his daughter being diagnosed with scoliosis in a TV interview earlier this year.

Speaking on BBC's Football Focus show, Walters has responded by declaring "honestly, I don't know why people listen to what he has to say sometimes."

"I've never been a person to hold grudges. There's plenty of things I could say and routes I could take.

"Whenever I get asked a question I always give a straight, honest answer. That's me, I have no allegiances, no loyalties. As I say I don't hold grudges." 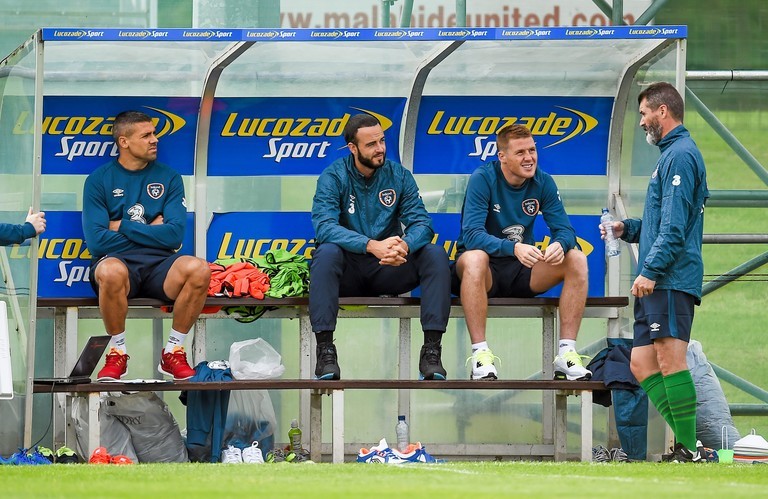 He went on to add he does not regret speaking out about his difficulties and wanted to help people.

As an ex-player now, you have a certain media platform and rather than have a platform to take digs at people or self-promote yourself, it was more of a case of me trying to help people but as I've said if someone wants to take it down that line, that's their prerogative. It is not something I'll do.

Football
15 hours ago
By Gary Connaughton
Report: Kevin De Bruyne Set To Miss Out On Fortune After City's CL Ban
3

Football
16 hours ago
By Gary Connaughton
Irish Player Ratings: Robinson & Lenihan Continue To Dominate In The Championship
Previous Next