One Year On, Was Roy Keane Proven Right In Lampard/Solskjaer Debate?

The Frank Lampard era at Chelsea ended in an entirely predictable manner. Having ridden on the quest of a wave of goodwill from the club's supporters and the British media during his first season in charge, there was always a chance that he would suffer some sense of 'second season syndrome'.

That was made all the more likely by the club's summer transfer activity. While Lampard continued to preach that his team would not be title contenders this season, Roman Abramovich would have other ideas after investing a fortune on the likes of Timo Werner, Kai Havertz, and Ben Chilwell.

Results were not up to par in recent times, but Lampard's handling of those big money recruits has been just as much a part of this narrative. Werner and Havertz have dropped in and out of the side, with their manager failing to get the best out of either of them. He has also consistently criticised his players when results went against him.

Despite what may be said in some quarters in the coming days, Chelsea likely made the right move here. The team was drifting under Lampard and he looked to be alienating some of the most powerful members of the squad.

In hindsight, it is interesting to look just how different the managerial landscape was 12 months ago. As mentioned above, Lampard was being held up as a bastion of young coaching progress, while huge questions were being asked of Ole Gunnar Solskjaer.

A year later, the former is out of a job while the latter sits on top of the Premier League.

When Manchester United lost to then league leaders Liverpool in January of 2020, the question of the club's progress under Solskjaer inevitably came up.

Roy Keane insisted that he should be given at least another year in the role, comparing the media narrative around him to the way Lampard had been treated. While he said the Chelsea boss should also be given time, he felt he was getting a far easier ride due to the fact that he was English.

You can watch the conversation in full below.

We question Ole, he's not up to it and look at his CV, but yet other managers go to clubs and they're given the benefit of the doubt.

Frank Lampard is at Chelsea, and I'd say the same, give him time...

I watched Chelsea last night, a decent team but they couldn't get the job done. Frank Lampard has lost eight games, but for some reason Frank is doing alright. Maybe it's because he's English, I don't know.

What is Frank's track record or CV? He went to Derby and didn't get promoted, but Frank has all the answers for Chelsea? He doesn't, but I'd say give the man time.

While Keane claimed that both men should be given time, he was right to point out of the hypocrisy in the way Lampard and Solskjaer were treated so differently.

The Englishman was certainly treated far kinder by the media and it is difficult not to think that that was largely down to his nationality.

He had done little to show he was a high level manager. Many used Chelsea's transfer window ban as an excuse, but the club managed to bring in Matteo Kovacic and Christian Pulisic before the start of last season. He also inherited a squad that finished third the previous campaign and had won the Europa League.

The team have now even gone backwards under his management, despite the big money signings they have made.

On the other hand, Solskjaer has used a similar big money signing in Bruno Fernandes as the catalyst to bring his team to the next level. In contrast, Lampard showed he could not get the best out of his stars.

Roy Keane was right that both men should be given time, but time has certainly be kinder to some. 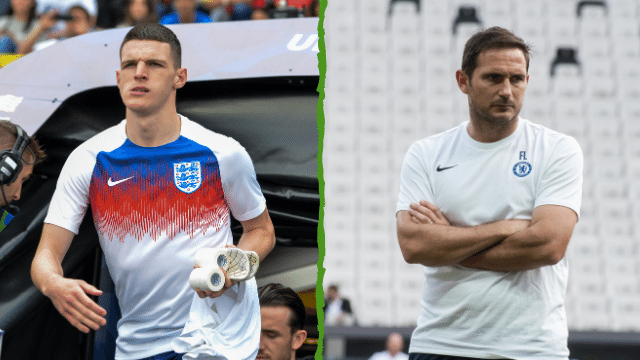