It is clear that Manchester United need a real shakeup. The club have been on a remarkable downward trajectory this season, with the players performing well below the level that would have been expected from them.

It became obvious that Ole Gunnar Solskjaer had taken the team as far as he could and the Norwegian probably should have been sacked a number of weeks before the 4-1 loss at Watford.

Ralf Rangnick is set to come in as interim manager until the end of the season, with the German sure to implement some major changes to the team. His high pressing style is not one the United players are used to.

While it will be intriguing to see how the German fares at Old Trafford, most people agree that a certain Irishman would have been the most entertaining appointment.

Roy Keane has hardly been shy in criticising some members of the current Manchester United squad and you only could imagine how his appointment would have went down in the dressing room.

It was clear that the board were never going to consider Keane for the interim role, but speaking on Sky Sports this afternoon, he said he would have backed himself to do a job for the club had he been asked to do so.

🗣 "They were never going to call me. People tend to forget I have managed before and I done okay in the Premier League with Sunderland."

That was never going to happen. I would have no problem going into any club and taking control of the dressing room. I've managed in the Premier League and I don't think it would have been a problem for me.

People tend to forget I have managed and done okay in the Premier League with Sunderland.

Keane certainly would have been box office in the role, although you'd imagine he would ruffle a few too many feathers for him ever to be considered.

As for Solskjaer's sacking, the Cork man accepted that the club probably had little choice other than to move on from his former teammate.

🗣 "The players are nowhere near good enough for Man United."

Roy Keane feels the players hold a lot of responsibility for the poor form that led to Ole Gunnar Solskjaer's sacking pic.twitter.com/75bwgbn2Fp

It was disappointing for Ole to finish on such a low, he was going through a difficult spell. The Watford result and performance was so poor.

I've argued with Jamie [Carragher] over the last year or two about managers getting enough time, and I think Ole did get enough time. The results and performances over the last couple of months have been really poor, so it was no real surprise after the Watford game.

I'm disappointed for Ole, but the club now have to regroup and get somebody in. They need to get the deal over the line, I don't think it's ideal this interim stuff until the end of the season, but it is what it is. They've got to get on with it.

Ultimately, when I look at the last few months and the performances from the players, you have to speak about the players. They are nowhere near good enough for Manchester United.

As we know, the manager obviously always pays the price.

Manchester United will now have to regroup, with a top four finish the priority over the remainder of the campaign.

They will have to improve quite a bit over the coming months if they are to achieve that goal. 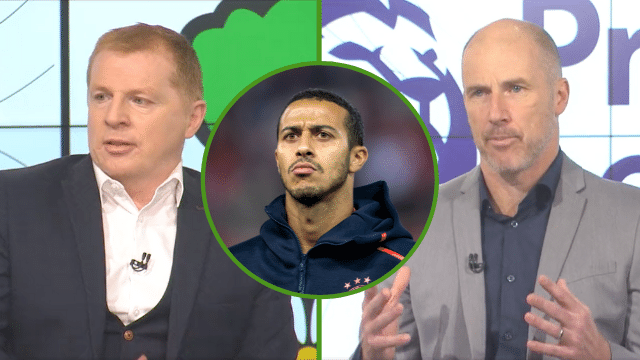