After the high of their win over Leeds last weekend, Manchester United have been given a reality check in their second game of the season against Southampton.

With their supporters seeing the win over Leeds as proof of their title credentials, their struggles this afternoon offered a stark reminder that they have a long way to go if they can show they are capable of winning the league.

United dominated periods of the contest, with the home side riding their luck at times. However, Southampton had their own opportunities to win the game in the second half.

That includes this chance for Adam Armstrong which surely would claimed the three points for his side.

Will Southampton get a better chance to retake the lead? 😱

Harry Maguire gets muscled off the ball by James Ward-Prowse but Adam Armstrong can't tuck away the resulting chance! ❌ pic.twitter.com/EQnjL9GKAx

Speaking on Sky Sports after the game, Roy Keane said Armstrong should have buried that chance.

He also had major questions about Manchester United, especially over their midfield pairing of Fred and Nemanja Matic.

"Not enough creativity, not enough quality."

Roy Keane believes there are still 'question marks' around #MUFC after their draw at Southampton. pic.twitter.com/sQuxBxIl37

You have to give credit to the goalkeeper, but Armstrong had to score. After scoring last week and with his confidence this is such a chance.

They showed a bit of energy, had one or two half chances thanks to poor defending from United. Southampton will be delighted with the draw...

There is one or two questions marks (over United).

I still go back to the two lads in the middle of the park. There isn't enough creativity, not enough quality.

United will be disappointed with the draw, but lets give credit to Southampton.

Keane has not been shy in criticising Fred in the past.

After a loss to Liverpool back in May, this is the Irishman had to say about the Brazilian:

I know Ole perseveres with Fred, but I can't see it.

If they think Fred is going to get Manchester United back to winning titles, it is beyond me.

It's difficult to argue with that opinion.

If Manchester United are to challenge for the league, they will need far more from some members of their starting XI. As Manchester City and Liverpool have shown in recent seasons, you can't afford to drop points against teams such as Southampton if you have genuine title ambitions. 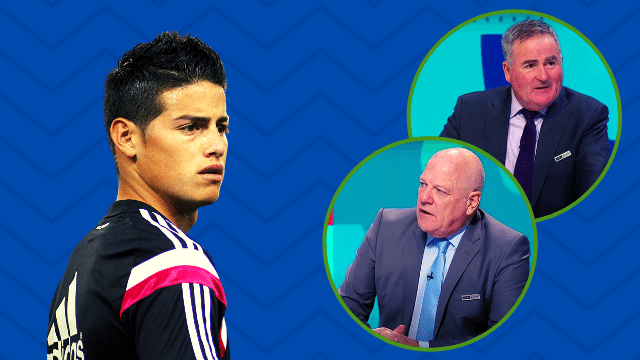