Manchester United managed a draw at Chelsea this afternoon, looking a bit more lively than they have done for the majority of the season.

The players closed down more often, put in more challenges, and seemed generally more enthused about committing to the hard yards.

They were forced to do most of their work without the ball, but they will probably be reasonably pleased with their showing on the day.

Manchester United took the lead in the game against the run of play via Jadon Sancho, with Jorginho laying it in a plate for the away side.

It has come out of nowhere, but #MUFC have capitalised on a woeful Jorginho error to lead #CFC 1-0.

United actually grew into the game after that goal, but that was undone after a moment of madness from Aaron Wan-Bissaka.

Having dealt reasonably well with a Chelsea corner, the right back would go on to draw his boot on Thiago Silva in the penalty area. It was a clear spot kick, with Jorginho making up for his earlier error from the spot.

🗣 @Carra23: "Reckless - what is he thinking?"#MUFC's Wan-Bissaka catches Silva on the ankle to hand #CFC a penalty, which Jorginho slots home to redeem himself for his earlier error...

That would prove to be the final goal of the match, with both sides missing chances to win it late on.

Speaking to Sky Sports after the game, Michael Carrick said he was proud of his team for their efforts this week and also questioned the decision to award Chelsea that penalty.

🗣 "I'm disappointed, to have it taken away from you like it was."

Michael Carrick is proud of the performance from Man United but disagreed with the penalty decision pic.twitter.com/zXvA6a0O3P

Michael Carrick praises the Manchester United players after their draw against Chelsea pic.twitter.com/I25qlf4pKL

However, not everyone was pleased with his comments.

Roy Keane questioned why Carrick could only get a tune out of the players this week having previously been part of Ole Gunnar Solskjaer's coaching staff for a number of years.

🗣 "I disagree with everything he said in that interview."

Roy Keane blasts Michael Carrick's post-match interview for his words about having a plan and being proud of the Man United team pic.twitter.com/9xXLLaRojQ

He's on about the players' effort and that he's proud of them. He's been working with these players for the last few months. He was alongside Ole and in the dugout with Ole.

He's talking high pressure being too much for [Chelsea]. We seen the stats before the game, [United] are the worst in the league at closing people down and winning the ball back.

He's praising players for doing their jobs, he mentioned the three midfielders. It's ridiculous.

Keane would double down on his comments a few minutes later.

This time, he questioned Carrick's insinuation that the team had been lacking direction under the previous manager.

🗣 "He said we had a plan and we're proud of the players, what plans have they had the last few months?"

Roy Keane questions all of the talk about Manchester United having a plan for this match pic.twitter.com/R21V5kOFYr

They keep talking about 'we had a plan and we're proud of the players', so what was the plan for the last few months?

Was that down to Ole? We're led to believe Ole wasn't taking the training sessions and letting the staff get on with it, so what plans did they have the last few months?

What plans did they have for Liverpool at home, Man City, Watford? When did the plans start working, on Monday?

Carrick will certainly have to shoulder his fair share of blame for results in recent months.

Roy Keane won't be quick to let him forget that. 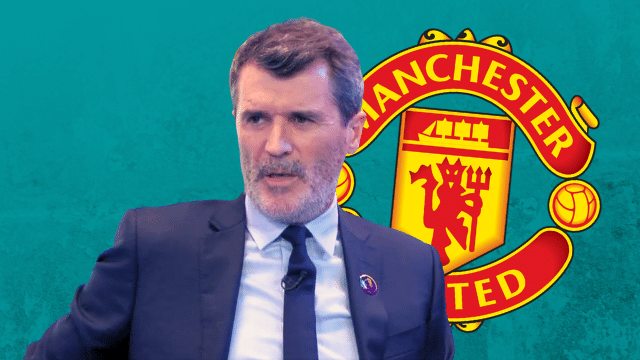